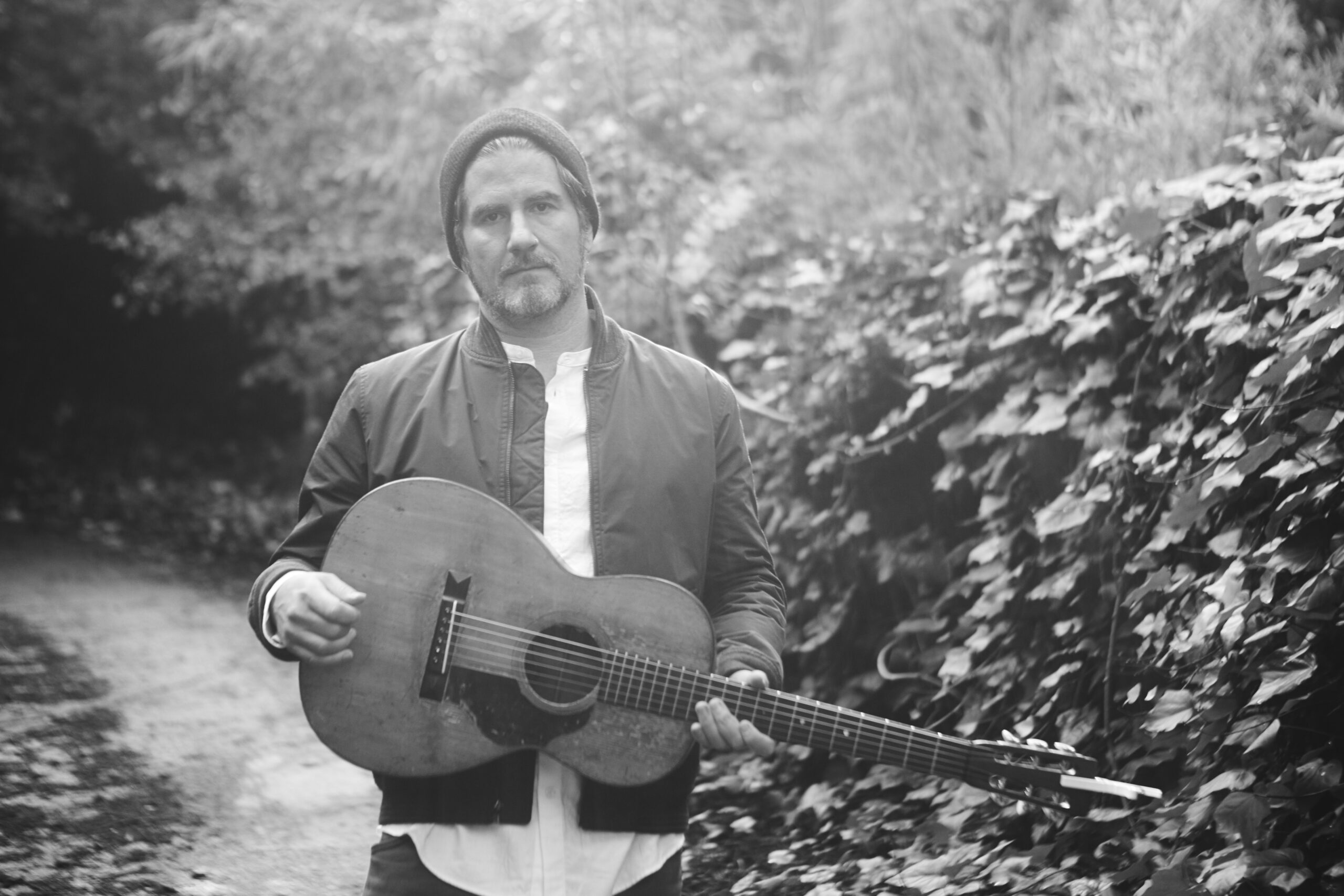 Presented by ann arbor's 107one A lot of people know Matt Nathanson for his 2007 hit "Come On Get Higher," but his career has only kept growing since then. He comes to Michigan with a new album, “Boston Accent,” whose stripped-down arrangements recall his beginnings as an acoustic troubadour. That’s all to the good for this show—it's not so common to hear him in a club The Ark's size. Matt has a unique sense of humor on stage that can get lost in larger venues, and we’re looking forward to welcoming him back for the first time since the pandemic began. “I wanted to make a real singer/songwriter record this time. an ‘inspired by cat stevens, joni mitchell, paul simon, tom petty kinda record … which is something i’ve been running away from since ‘Ernst,’ Matt says. 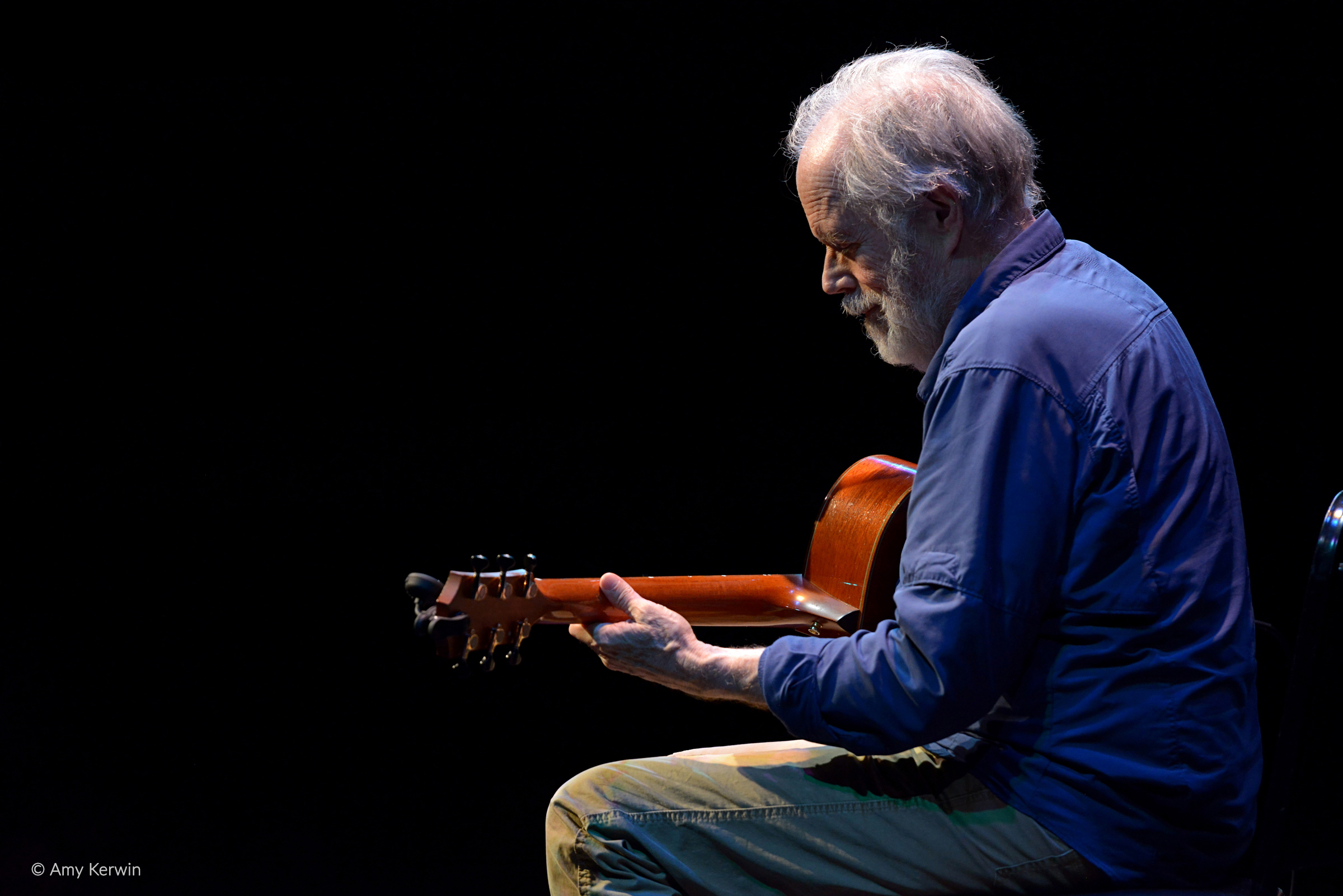 The Los Angeles Times calls Leo Kottke "an American legend in the guitar world, and a king of his own private musical world." If you haven't heard Leo Kottke for a while, though, you may have missed how one of the fastest 6- and 12-string guitar players around has also become one of the most innovative and least musically classifiable. His music encompasses influences from all over the world, and players from outside the folk world closely follow what he does. Leo Kottke is a legend of the guitar who's still full of surprises after all these years. His shows are displays of captivating mastery of a sort that's rare in any genre of music. Don't miss him, and get tickets early for this one—Leo's Ark shows have been consistent sellouts. 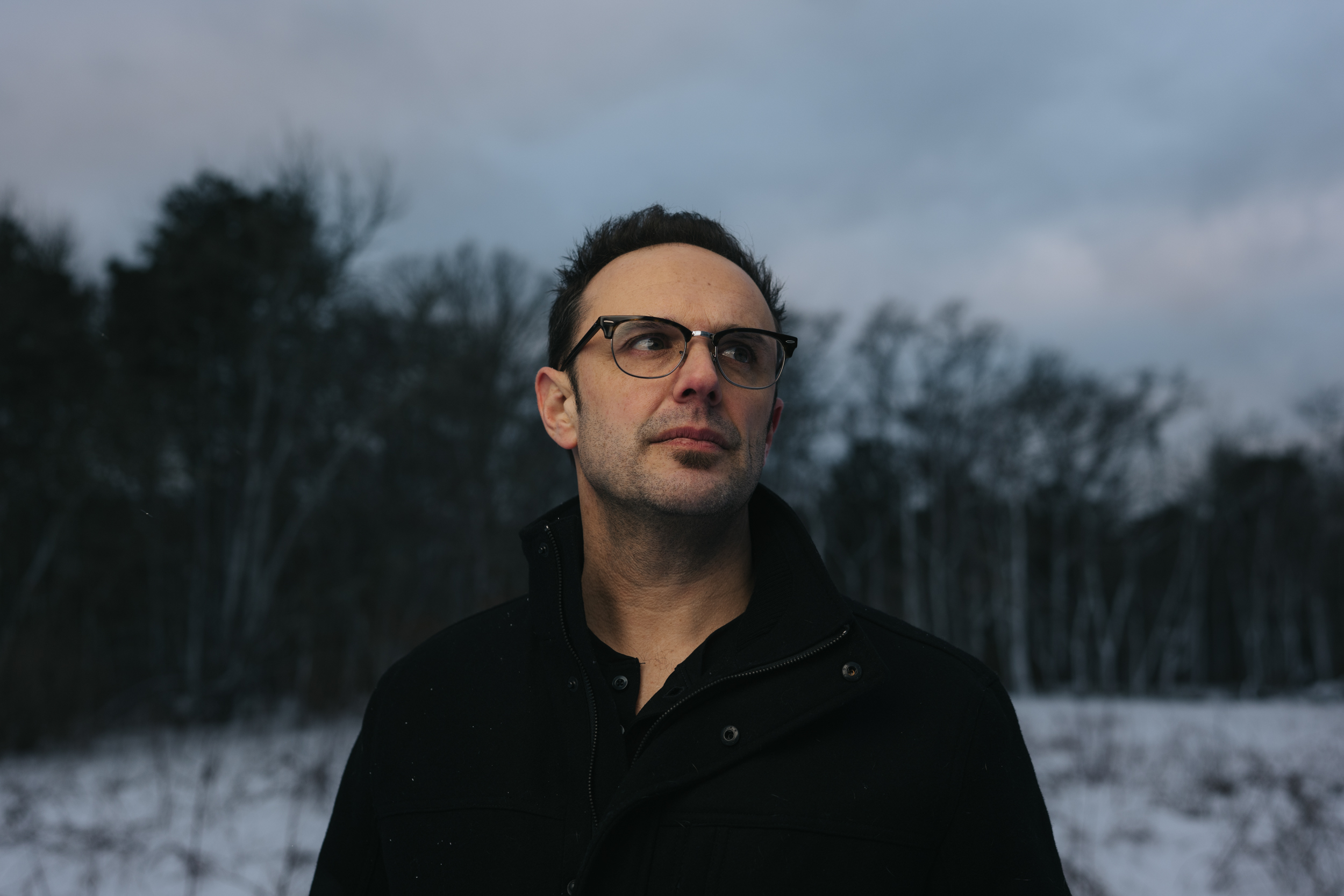 During a performance in summer 2020, Mark Erelli looked down at his guitar neck and couldn’t believe what he saw. Or rather, what he couldn’t see: his fingers on the frets. Soon after, a diagnosis of retinitis pigmentosa (RP), a degenerative eye disease, would bring some answers, but it also yielded new questions. Does diminished eyesight correlate with lesser insight? Does your songwriting change when your perception of the world around you changes? These questions, and Mark’s hunt for creative agency, are at the heart of his new album, “Lay Your Darkness Down.” In need of connection and catharsis, he turned as he often did to songwriting. “The only way I could console myself was to know that I was still going to be able to have some creative agency,” Mark says. “I could then bring whatever I was feeling or wanting to express into reality.” He began to craft songs with an intricate, labored approach like never before. “It's much more like an oil painting, where you're layering different tones and colors one at a time.” 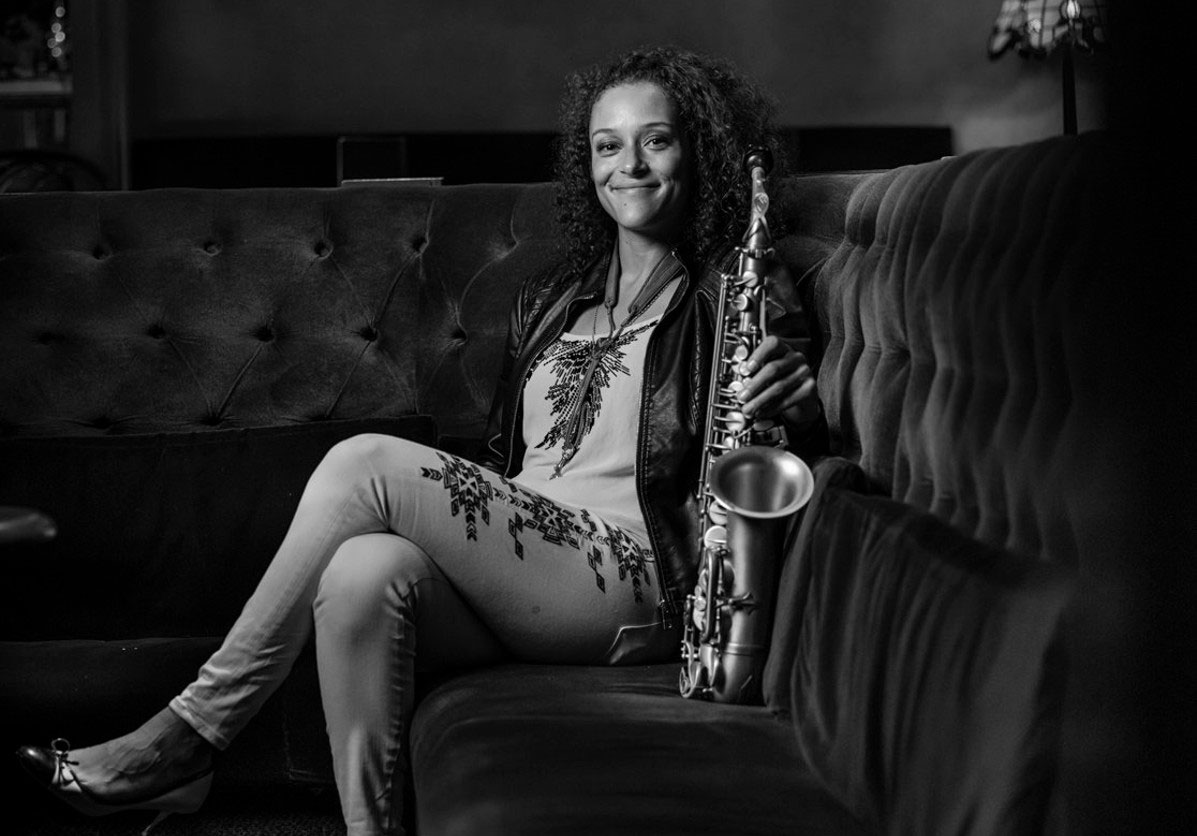 Vanessa Collier is a captivating and multitalented blues vocalist, saxophonist, and songwriter, hailing from the world-renowned Berklee College of Music, where she earned dual degrees in Performance and Music Production & Engineering. Vanessa demonstrates her skills as a master musician and songwriter, blending her blues background with elements of funk, rock, and soul. Vanessa’s mighty vocals, gritty saxophone solos, and incredible high-energy stage presence create a powerful show not to be missed! 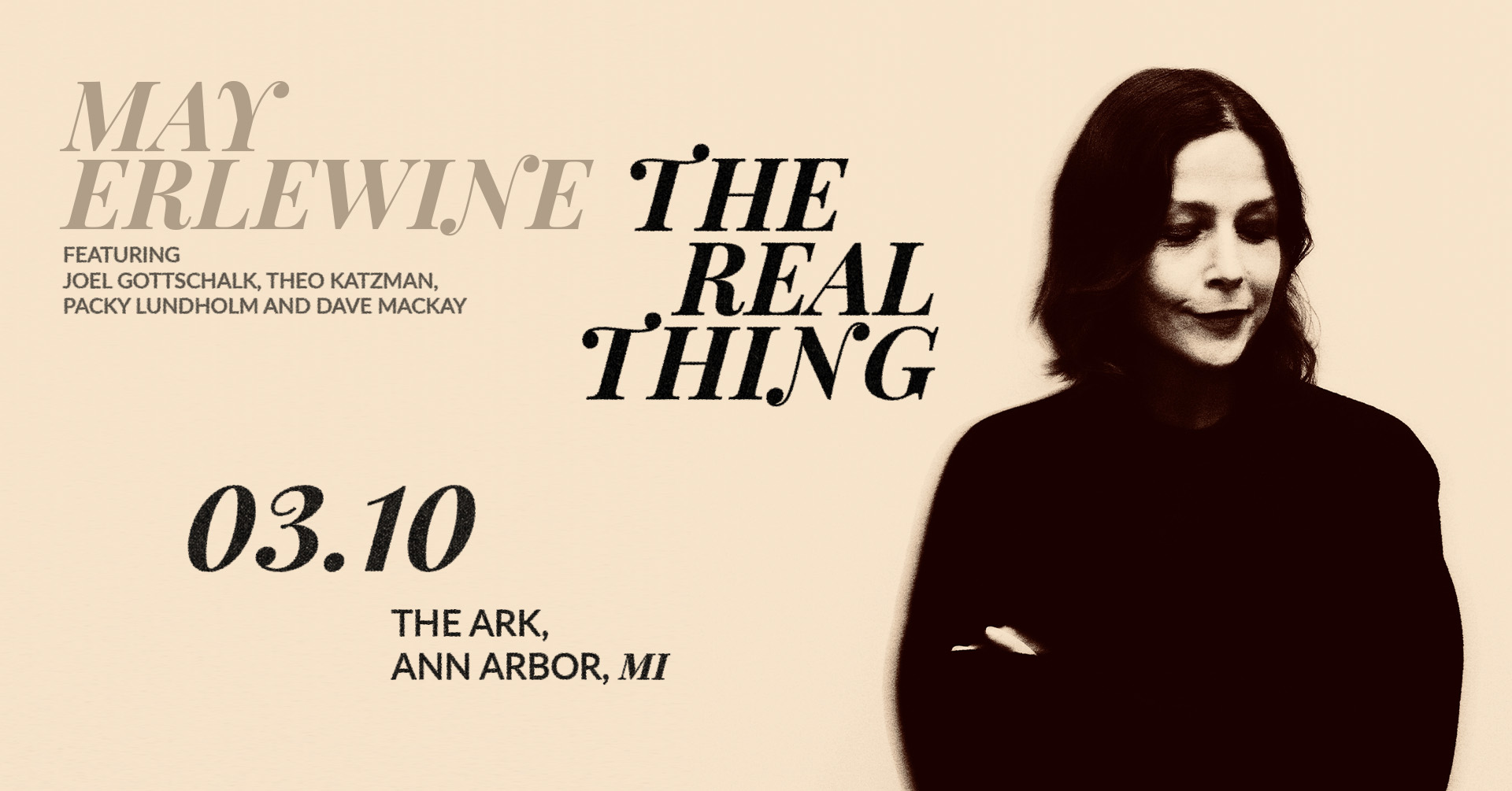 One of the Midwest’s most prolific and passionate songwriters, May Erlewine continues to share her gift for writing songs of substance that feel both new and soulfully familiar. Her lyrics offer a window into her heartbreak, her empowerment, and her emboldened spirit. These lyrics, which are really stories crafted through May’s unique experiences, are rooted in wisdom, joy, sorrow, simplicity, and love. Musically, she carries the songwriter’s torch through many genres and sonic landscapes. May considers her career in the music industry as a service-oriented one and uses her platform for positive change. She stresses the importance of environmental advocacy, social justice, creative empowerment, and community building as necessary work in our world. 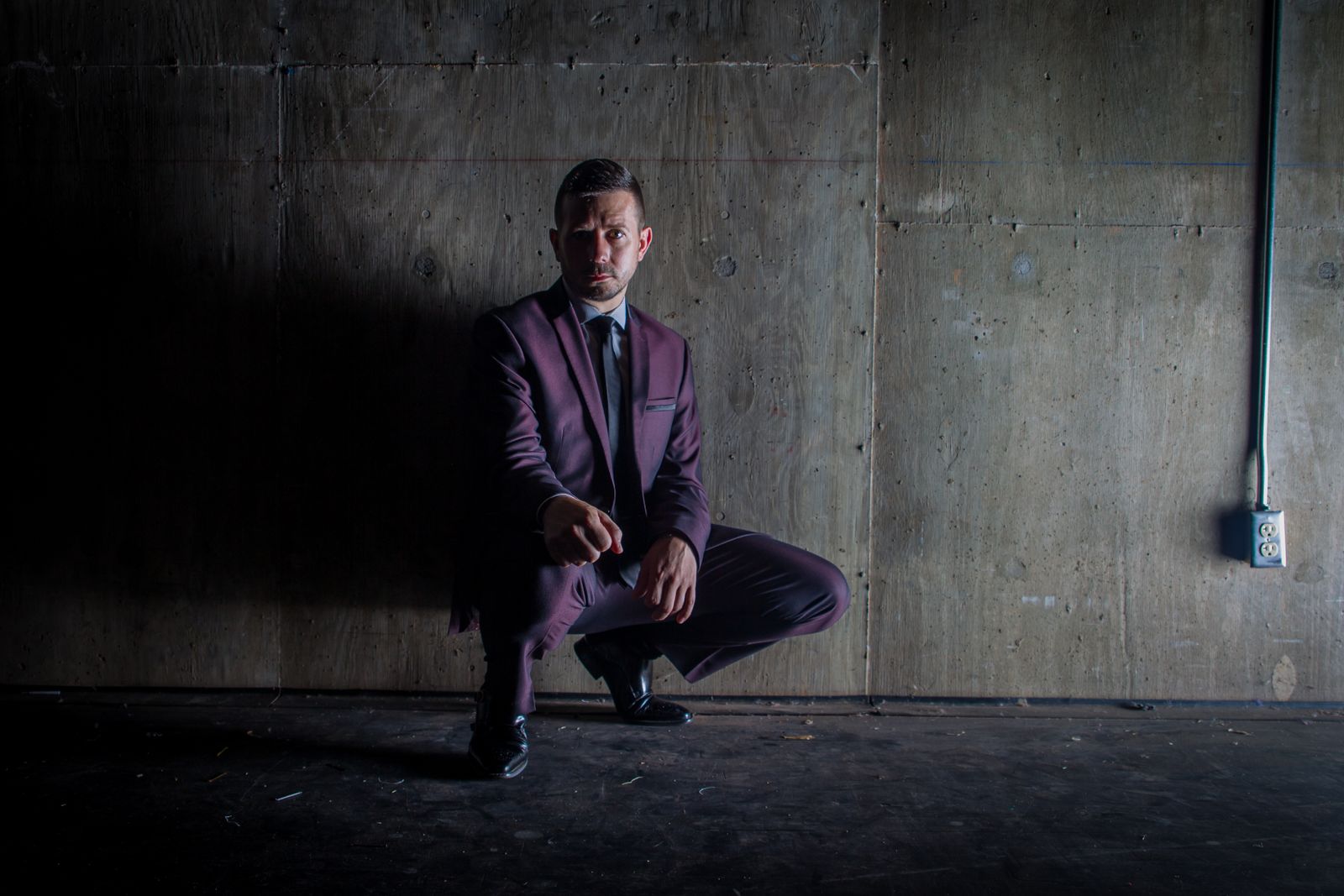 Jared Deck has been praised for his "powerful, beautiful voice" by Alejandro Escovedo. "The battle has always been internal, overcoming my own failures and working to improve," he says. Raised on the dusty plains of an Oklahoma family farm, Jared worked in the fields as well as the town grocery, owned by his parents. "In a community of 1,200 people, big dreams seem impossible. We're taught to manage expectations, put our nose down, and get to work." Later he worked in an oilfield and a factory. During the Great Recession he got by with a job as a pianist in a Black church, where over the next six years, he received an unparalleled musical education. His songs tell stories in an honest voice of Midland America. "The American Dream" won first place in the annual Woody Guthrie Folk Festival Songwriting Competition. And on top of all this, he was recently elected to the Oklahoma House of Representatives. Returning from Folk Festival, Jared has a recent release, "Bully Pulpit.” 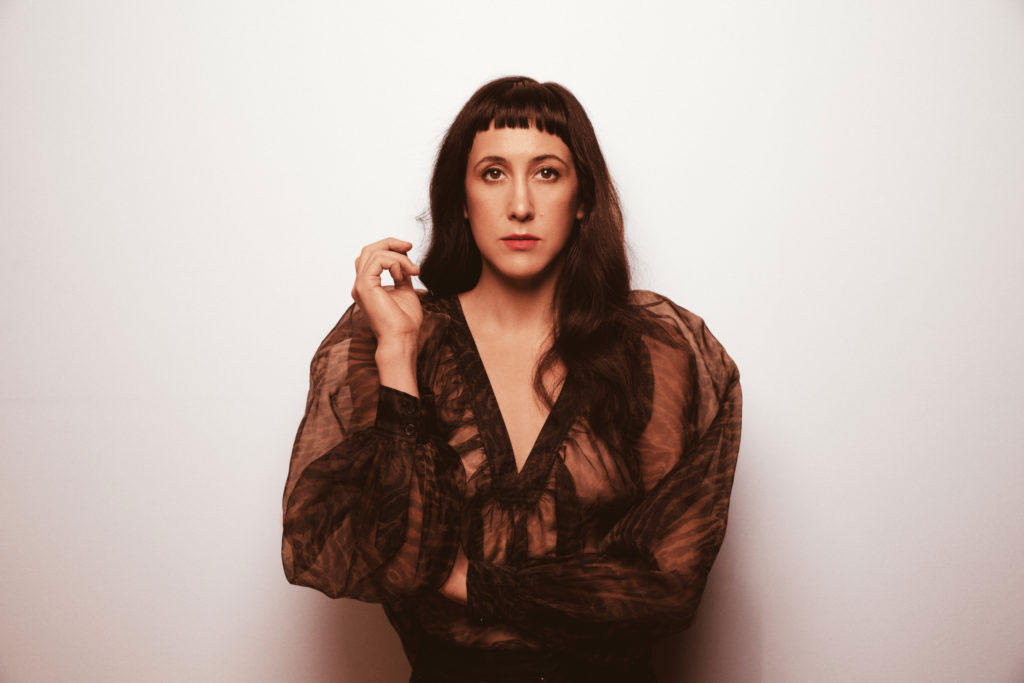 Pitchfork called Vanessa Carlton's "A Thousand Miles" "the pop song that launched a generation of piano lessons." But Vanessa has released five albums since that song came out in 2002, each one revealing more of herself as a songwriter. “Always building up, falling apart. Love is an art," sings Vanessa Carlton on the title track of her new "Love Is an Art." Like the recording itself, the song is a meditation on the eternal seesaw that is human connection: the push, the pull, the balance, the bottoming out. It's that constantly evolving nature of love Vanessa explores, from romantic, to parental, to the friends that hold us up and the leaders that repeatedly let us down. 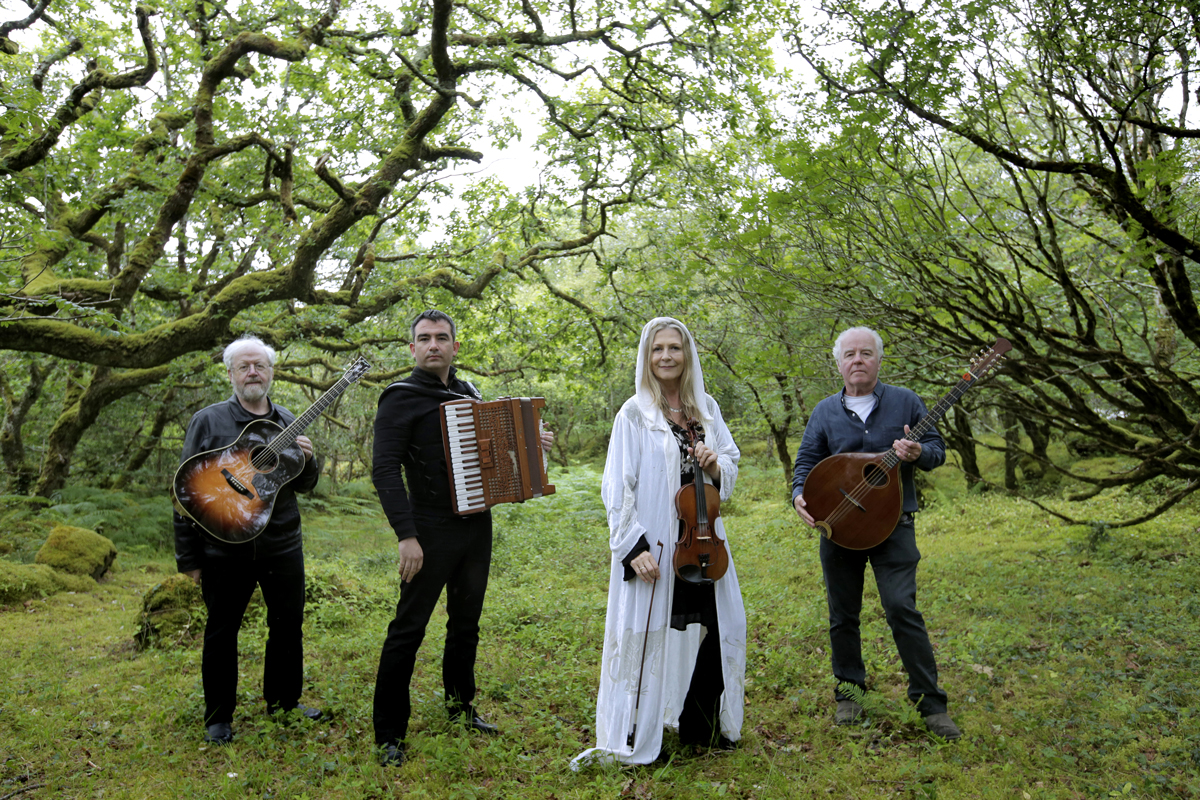 Altan, named for Loch Altan in Ireland's County Donegal, has arguably had a wider impact on audiences over the last 30 years than any other traditional Irish band. Their dynamic and warm live performances mix the most touching old Irish songs with hard-hitting reels and jigs, and the band members' interest in and sheer enjoyment of each other musically is apparent even to audience members new to the Irish tradition. 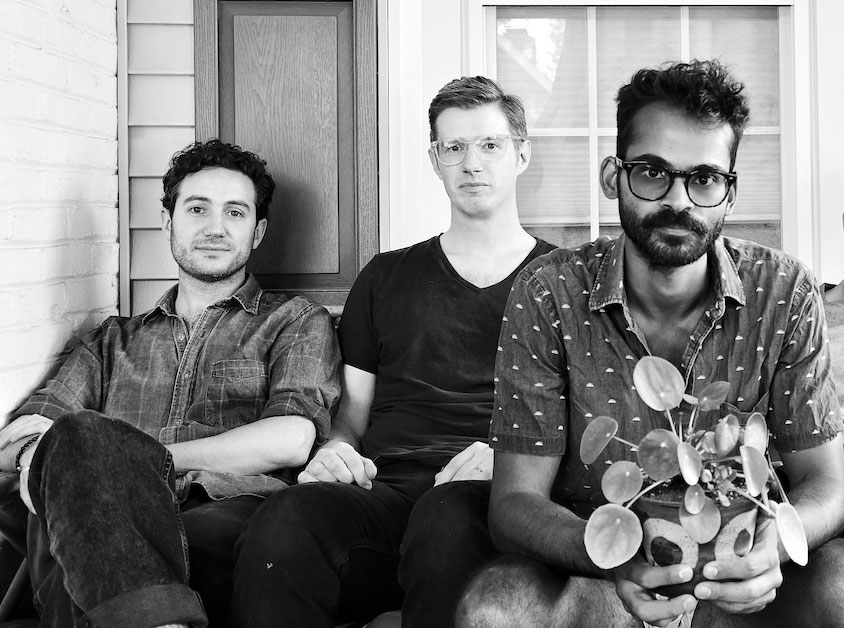 Darlingside has long been praised for their harmonies and intelligent songwriting, described by NPR as “exquisitely-arranged, literary-minded, baroque folk-pop,” and their dynamic presence (crowded tightly together onstage) have made them a live-performance favorite. But this album showcases their broader storytelling abilities: nature is a looking glass, the songs suggest, with tracks like Ocean Bed, Green + Evergreen, Mountain + Sea, and Crystal Caving making metaphors of their titles. An experience of nature is an experience of self; an experience of self is one of natural change cut and complemented by stasis. 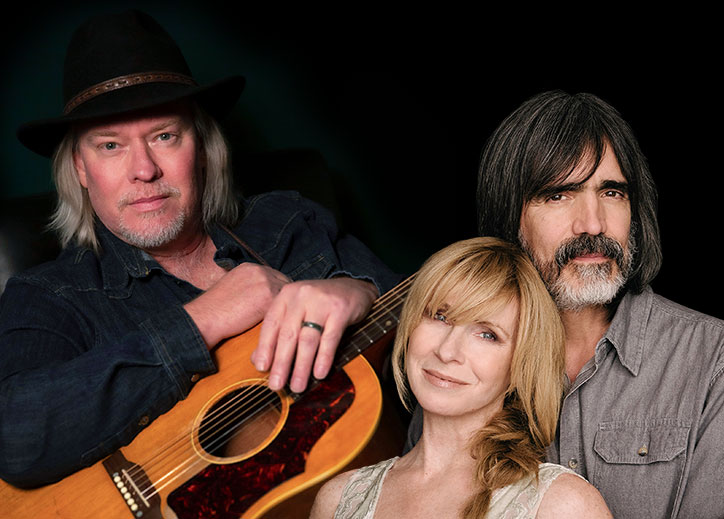 Atlanta-born songwriter Shawn Mullins hit it big in the late 1990s with his “Soul’s Core” album, and the all-over-the-radio singles “Lullaby” and “Beautiful Wreck.” He has never slowed down, recording for Vanguard and other labels, and performing many wonderful shows at The Ark. Shawn’s special guests will be the duo of Larry Campbell & Teresa Williams, whose new album, “Live at Levon’s,” was recorded at Levon Helm Studios. 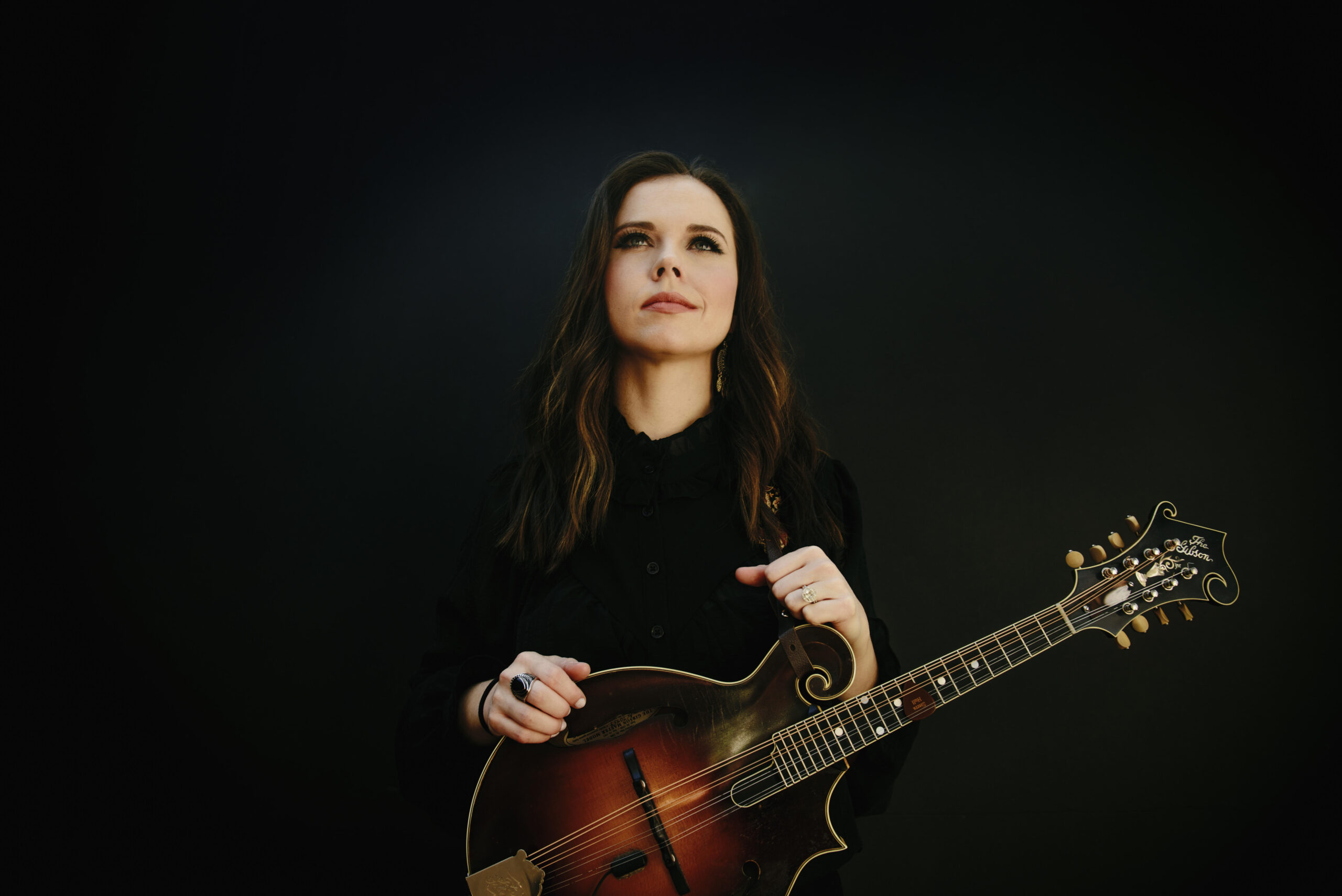 On sale 12/16 Sierra Hull’s positively stellar career started early. Grand Ole Opry debut at age 10, Carnegie Hall at 12; at 13 signed with Rounder Records at 17, received the Presidential Scholarship at the Berklee College of Music. As a 20-year-old, Hull played the White House. In recent years she grew out of the child prodigy tag with the very mature, Grammy nominated, Weighted Mind, and has won the IBMA’s mandolin player of the year award three years in a row.

What if the Buddha were a woman, living in our times? In this captivating new musical, which the San Francisco Chronicle called “an absolute delight,” Mama Sid is a modern-day “awakened one” with a worldwide following. But a determined young woman seeks to unearth Mama Sid’s mysterious past, exposing long-held secrets that could change everything. Epic and intimate, comic and profound, The Fourth Messenger investigates what it means to be both enlightened and human.
Hailed by TheaterMania as "a work of wit, grace and enlightenment" and The Huffington Post as “hugely ambitious and refreshingly original,” The Fourth Messenger features a richly lyrical score by internationally renowned five-time Independent Music Award-winning recording artist Vienna Teng and book and lyrics by nationally acclaimed playwright Tanya Shaffer. Featuring original San Francisco Bay Area cast member Anna Ishida as Mama Sid.