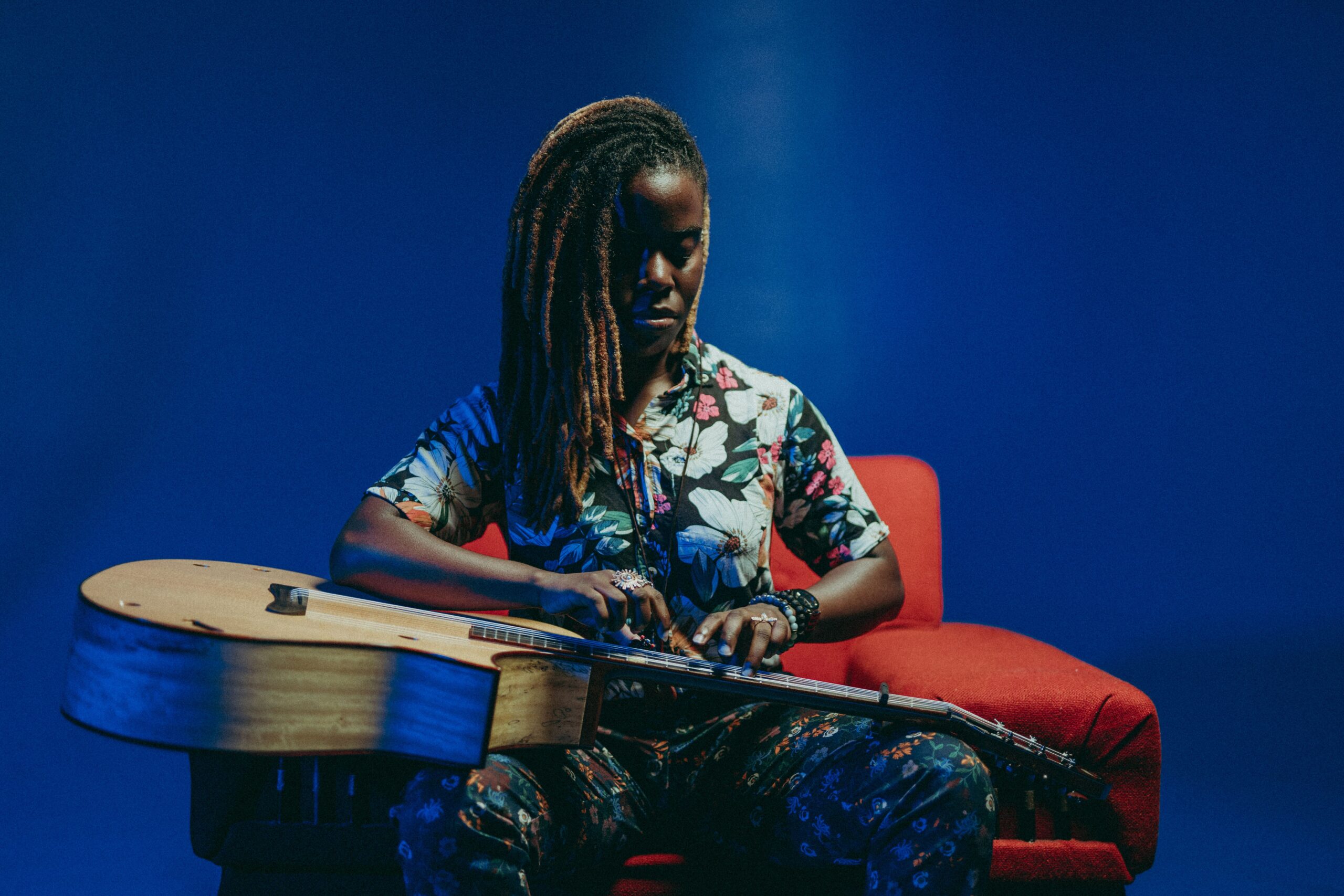 Based in Alexandria, Virginia, Yasmin Williams is an acoustic fingerstyle guitarist and banjoist with an unorthodox, modern style of playing. She utilizes various techniques including alternate tunings, percussive hits, and lap tapping in her music to great effect. Her “radiant sound and adventitious origins have made her a key figure in a diverse dawn for the solo guitar” (The New York Times). Williams’s music has been described as rich, harmonious, and “in a lot of ways, the joy and possibility she brings to the guitar reminds me more of Eddie Van Halen than any of the other fingerstyle guitarists to whom she’s compared” (NPR Music). While in high school in 2012, Jasmin released her first EP, “Serendipity,” which she recorded and mixed herself. Her first album, “Unwind,” charted highly on several Amazon and iTunes charts, including No. 1 on the iTunes‘s Folk chart. Her latest album, “Urban Driftwood,” has received critical acclaim from numerous major publications including The New York Times, Pitchfork, Rolling Stone, The Washington Post, NPR Music, The Fader, The Wall Street Journal, AllMusic, Paste Magazine, No Depression, and several other outlets.