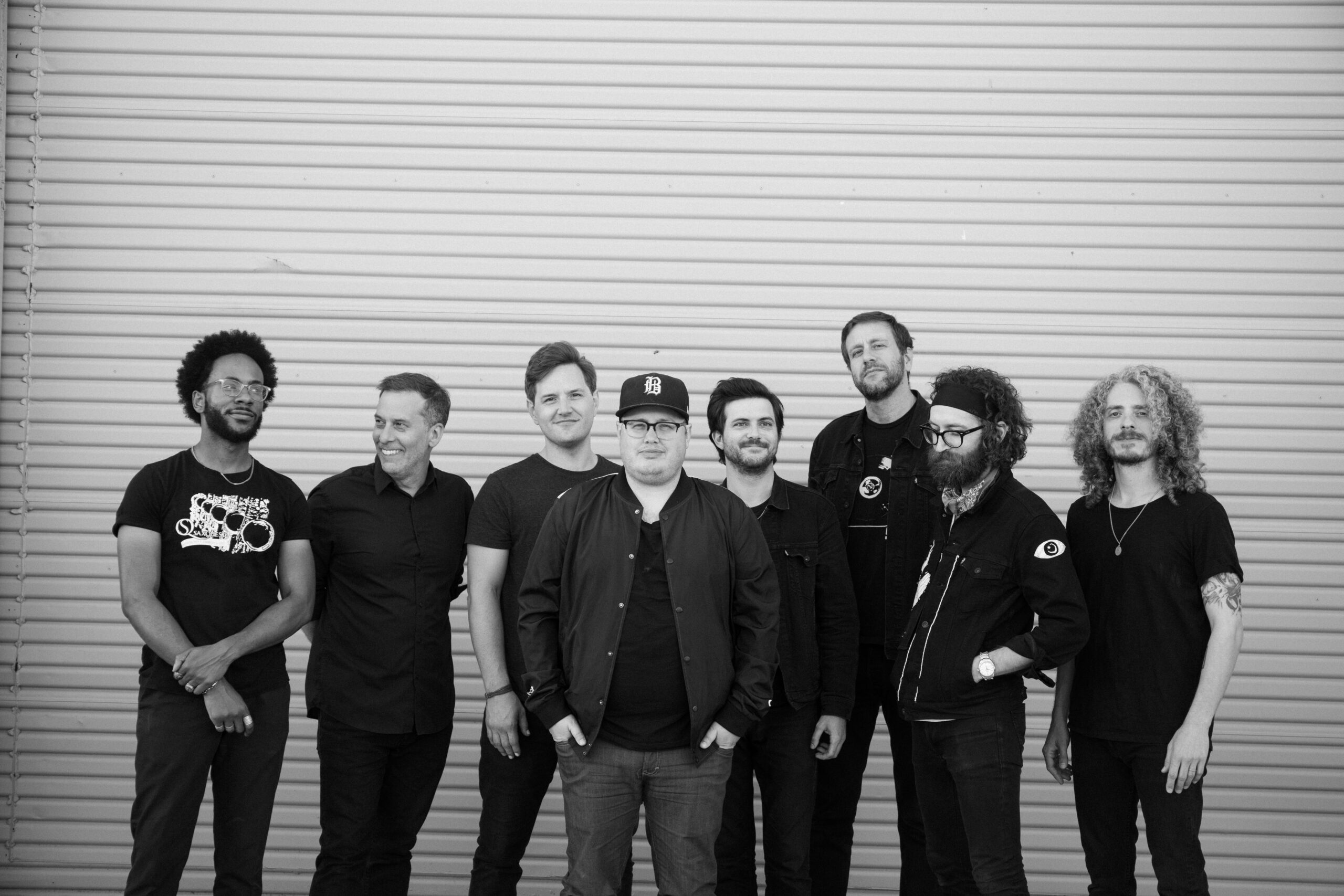 St. Paul and The Broken Bones is an eight-member soul band based in Birmingham, Alabama. The band is composed of Paul Janeway (vocals—he’s St. Paul), Browan Lollar (guitar), Jesse Phillips (bass), Kevin Leon (drums), Al Gamble (keys), Allen Branstetter (trumpet), Amari Ansari (saxophone), and Chad Fisher (trombone). Formed in 2012, this “Southern soul revival” band (Rolling Stone) has shared stages with The Rolling Stones, Lizzo, and The Black Pumas, and played renowned festivals including Coachella, Lollapalooza, Glastonbury, Bonnaroo and more. They caught the ear of Sir Elton John, and gave a riveting performance at his Oscar party. The band is a sonic powerhouse, delivering a genre-bending convergence of rock & roll, soul, R&B, psychedelia and funk. And the band’s latest, “The Alien Coast,” offers something completely new: it “strays far,” they say, “from the time-bending soul of past work like their 2014 debut, arriving at a convergence of soul and psychedelia, stoner metal, and funk.” “The title actually came from reading about the history of the Gulf of Mexico, which is home for us,” Paul Janeway notes. “When the settlers—or invaders, really—first came to the Gulf Coast they couldn’t figure out what it was, and started referring to it as the Alien Coast. That term really stuck with me, partly because it feels almost apocalyptic.”