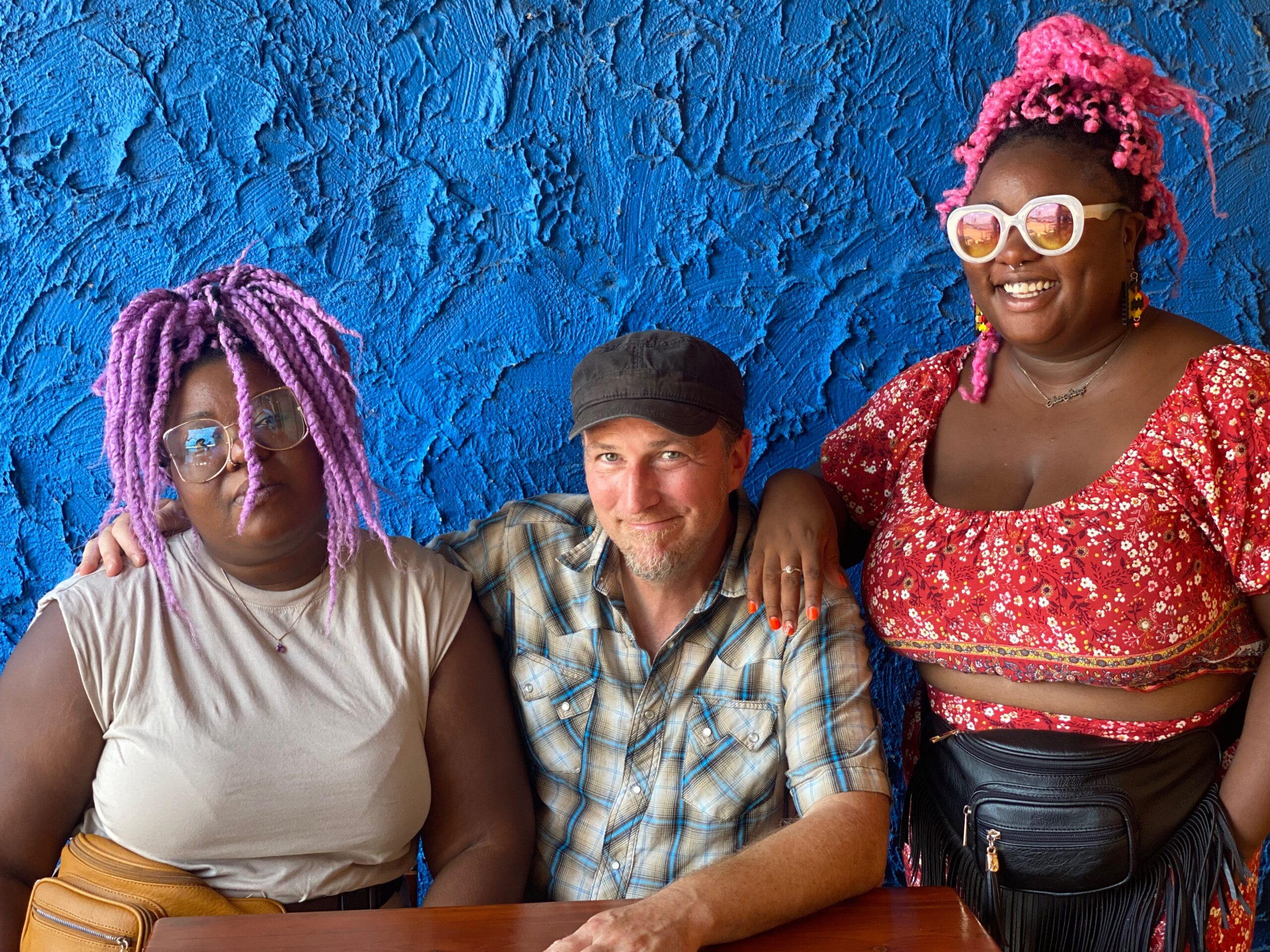 Our MC, returning from the 2019 Folk Festival, is Peter Mulvey. To call him an acoustic singer-songwriter and guitarist just doesn’t cover it. He’s equally—and tremendously on all counts—gifted as a singer, writer, and guitarist. Says the Irish Examiner: “Peter Mulvey is one of the most accomplished guitarists you’re ever likely to hear … utterly original … it is nigh on impossible to explain him to the uninitiated … his intelligent and sometimes complex songs engage both hemispheres of the listener’s brain.” Peter grew up in Milwaukee, made his debut on the streets of Dublin, and moved to Boston, performing in subways and finally clubs. He has released 18 albums, and each one brings something new.

Lately Peter has been joined in shows by the Milwaukee-based sister duo SistaStrings, who combine their classical background with R&B and a touch of gospel influence that culminates for a vibey, lush sound. The Peter Mulvey–SistaStrings pairing have a great new album Love Is The Only Thing out now on Ani DiFranco’s Righteous Babe record label. With thick, string harmonies between violin and cello and soulful voices, SistaStrings takes you on a journey. Formed in 2014 after Chauntee and Monique graduated from the University of Wisconsin–Madison, the sisters began doing string arrangements for local hip-hop artists, and the rest is history. SistaStrings has performed at Carnegie Hall and with the Milwaukee Symphony Orchestra and the Madison Symphony Orchestra, with Malik Yusef, and they have opened for Black Violin, Bone Thugs ‘N Harmony, Lupe Fiasco, BJ The Chicago Kid, and The Roots; and they have toured with Brandi Carlile and Allison Russell. Outside of playing music venues, SistaStrings goes into schools and conducts assemblies, encouraging young people to pursue the arts and to not be afraid of hard work.