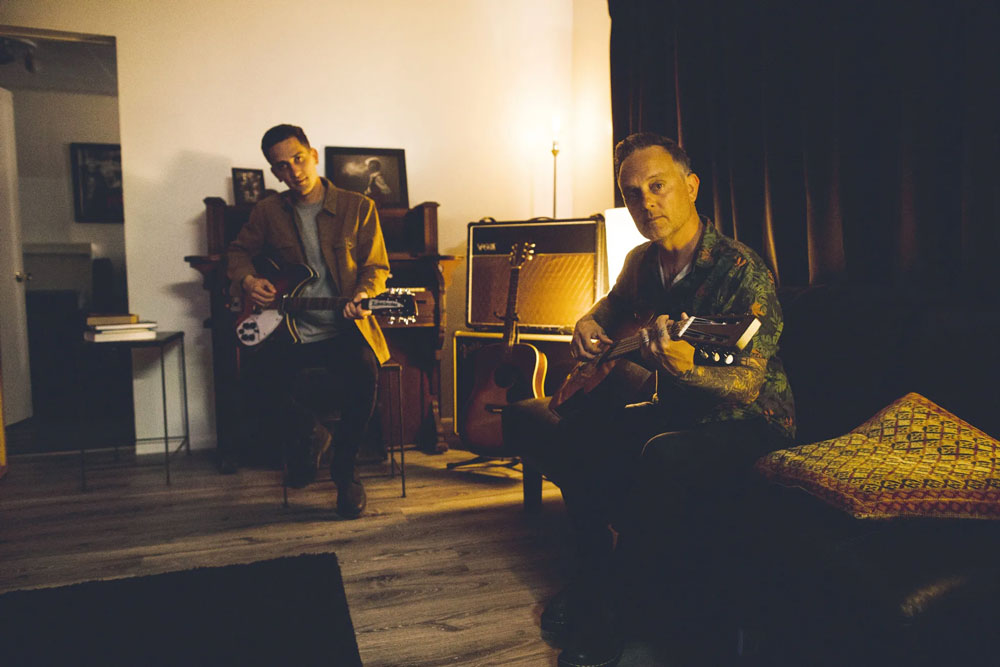 You can hear Dave Hause’s passion and dedication to his craft—as well as his determined approach to it—flowing through the ten stunning, sumptuous songs of his latest album, “Blood Harmony.” Written with his brother over a series of weekly FaceTime sessions, the songs began to come together in January of 2021. “We decided to get together on Mondays,” explains Hause, “to figure out what we wanted to work on, and by Friday we had to have something you could sing to someone who wasn’t a songwriter. It could be bad, but I didn’t want to just have vague ideas. We called it ‘Pencils-Down Fridays’. Over the course of three-and-a-half months, we ended up with 26 songs.” They traveled with ten of those to Nashville, where acclaimed songwriter Will Hoge took up the helm of producer. Will Hoge earned a reputation as a true 21st-century road warrior, with heartland rock that drew comparisons to Bruce Springsteen and Tom Petty. Trimmed down to trio size, his music still has the rock-and-roll passion but gives more space to his considerable abilities as a lyricist. Playing a couple hundred shows a year, he can read an audience at a glance and connect with it in a flash.