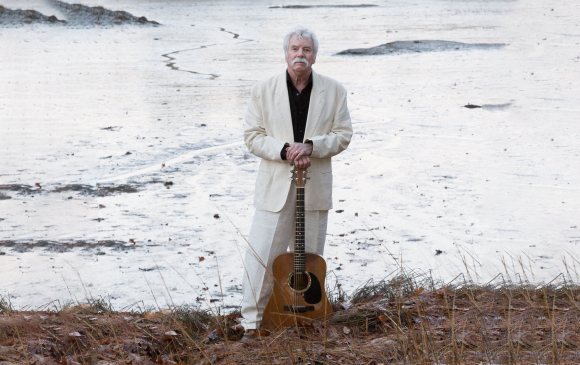 Tom Rush may not be as well known as some fellow veterans of Club 47 in 1960s Cambridge, Massachusetts—people like Joan Baez, Bob Dylan, and Judy Collins. Yet he’s second to none in terms of his impact down through the years. Tom’s’s three albums for Elektra in the 1960s were key founding documents of the entire singer-songwriter concept, and he’s influenced everyone from James Taylor to Garth Brooks. A performer with an abiding love of being in front of an audience, Rush is a rib-tickling storyteller, an expressive singer, and a guitarist capable of real melancholy. He’s a durable Ark favorite, and, says the Chicago Tribune, he’s “probably the only man alive who should be allowed to sing Joni Mitchell songs.” Tom Rush is, in short, folk royalty.