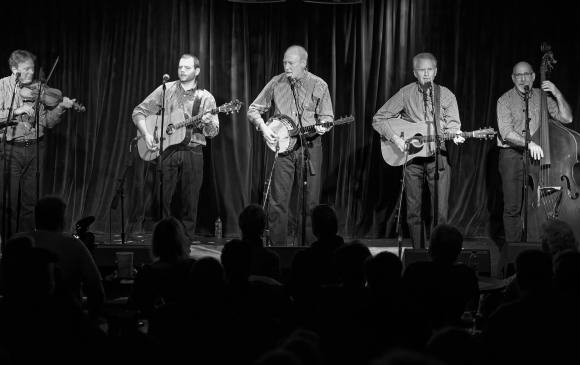 It’s hard to believe, because each show is fresh and new, but the RFD Boys have been delighting Michigan audiences since 1969 with their fabulous musicianship and sly, exquisitely timed between-song humor. They’re legends of Michigan bluegrass, but they’re more than that too. With an appearance on the cover of Bluegrass Unlimited, with songs recorded by the likes of the Country Gentlemen, and with performances alongside bluegrass greats like Bill Monroe and Ralph Stanley, the RFD Boys are a part of America’s bluegrass tradition. The RFD Boys one of southeastern Michigan’s most durable musical ensembles, and their shows capture a deep slice of musical Ann Arbor. Their 50th-anniversary appearance at the Folk Festival was a special moment and introduced many listeners to Dan Roehrig, who joined the band on guitar, mandolin, and bass in mid-2018. Dan grew up listening to Doc Watson, Clarence White, and Tony Rice, and you can hear it in both his singing and guitar playing.