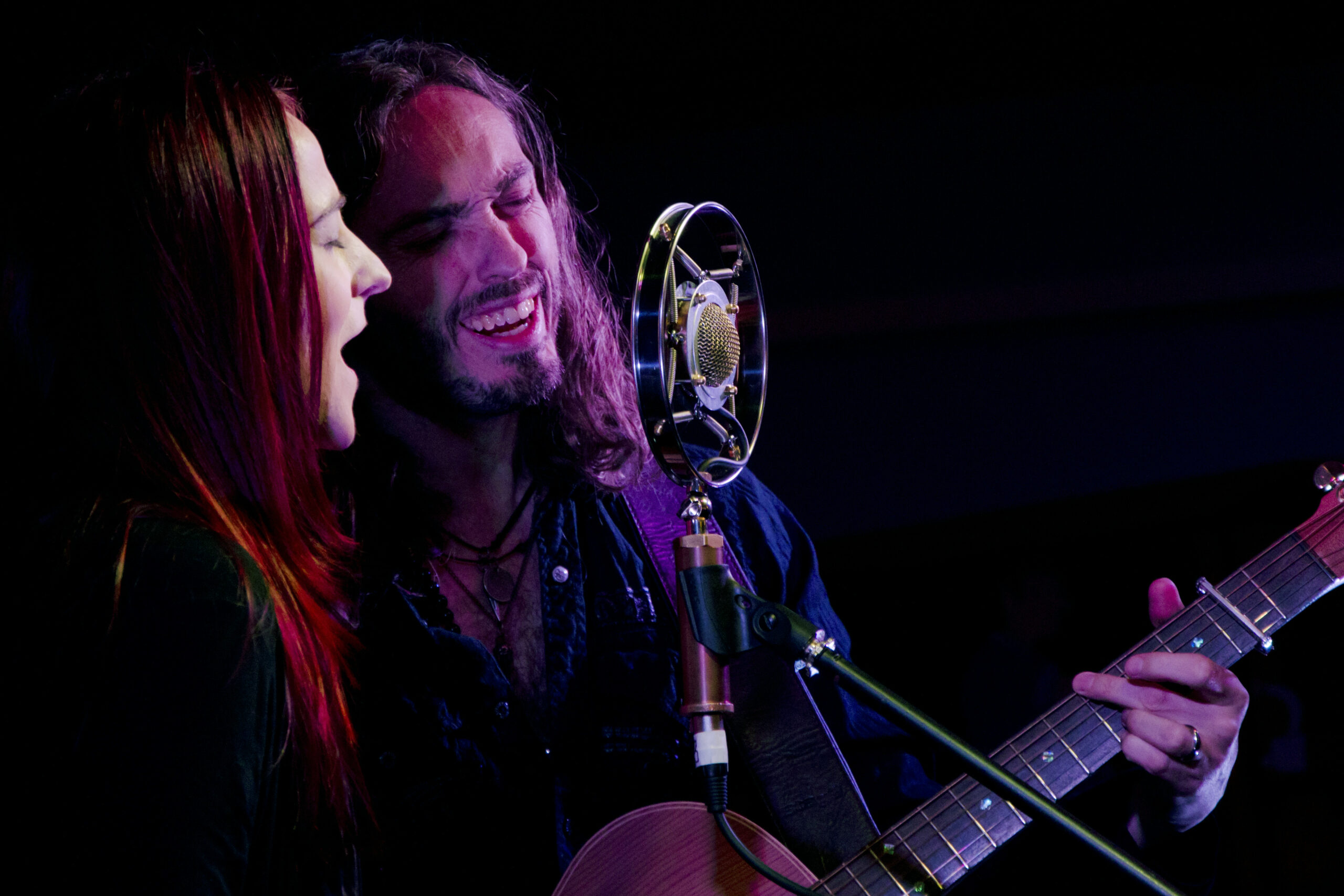 The Black Feathers, Ray Hughes and Sian Chandler, are from Gloucester, England. They are talents who can weave modern and ancient influences. They first became aware of the magic between them while collaborating on several musical projects, becoming The Black Feathers and life partners in 2012. “Once in a blue moon, the whole soars far above the sum of its parts. That’s what happens when The Black Feathers perform live,” raves North Carolina’s Black Mountain News. Americana, folk, and acoustic indie rock sensibilities coexist comfortably in their musical world, with Hughes’s guitar work bringing the kind of harmonies often only heard in family bands. Their music quickly draws the interest of listeners, but it is the stage chemistry that will keep them riveted. Having already built up a loyal following in Britain, The Black Feathers have been spreading their wings across the U.S. They have performed at the Philadelphia Folk Festival and AmericanaFest, and have also been awarded official showcases at the North East Regional and Far-West Folk Alliance conferences. They have a new album, “Angel Dust & Cyanide,” on the way.