Buy Tickets Online
"This young Norwegian singer-songwriter crafts catchier choruses than many musicians who've been working twice as long as he has. His refrains always pay off."
LA Times 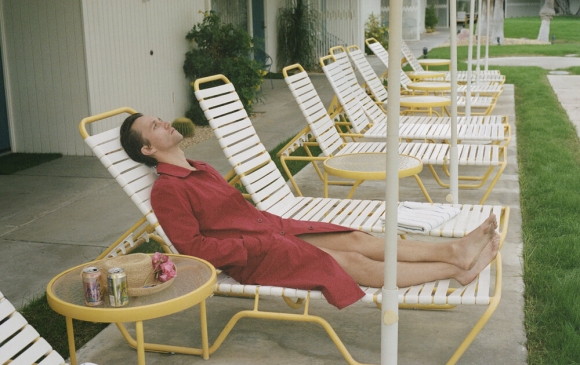 Please Note:  Proof of Vaccination is required for admission.  By purchasing a ticket you agree that you and your guests will comply with all laws, orders, ordinances, regulations and health and safety guidance adopted by the State of Michigan, the County of Washtenaw and The Ark, including any guidelines in place at the time of the show. Attendees who do not comply will be asked to leave. Policies will be updated as circumstances and requirements change in our community. Please review The Ark’s current COVID-related information before attending a show.

Written and recorded in an exhilarating creative whirlwind, Sondre Lerche’s remarkable new double album, Avatars of Love, is as ambitious as it is unexpected, defying the conventional wisdom of the streaming era with a series of sprawling, epic tracks that routinely stretch past the five, six, even ten-minute mark. What’s more, the record is perhaps the most revealing work of self-reflection Lerche’s ever dared to create, offering up a candid reckoning with loss, desire, and infatuation as it looks back on a lifetime of relationships (some more raw and recent than others). Captured with some of Lerche’s dearest friends back in his native Norway, the result is a beautiful and unabashedly romantic collection that walks the line between folk intimacy, electronic experimentalism, and orchestral grandeur, an open, honest exploration of sexuality and sentimentality that embraces the highs and lows of modern love in all its messy glory.

Born and raised in Bergen, Lerche first came to fame as a teenager with the release of his critically acclaimed debut, Faces Down, which Rolling Stone hailed as “one of the year’s loveliest, sunniest, poppiest albums.” Over the course of the ensuing two decades (most of which were spent living in the US), Lerche would go on to release eight more similarly celebrated studio albums, perform on Letterman, Conan, and at NPR’s Tiny Desk, score multiple feature films, and tour with the likes of Stereolab, Elvis Costello and St. Vincent, among others.

Longtime collaborators Kristin Slipp and Cole Kamen-Green come together as a duo in mmeadows. The band’s distinct sound is informed by their deep musical backgrounds: Kristin is a current member of indie royalty Dirty Projectors, while Cole has worked directly with Beyoncé on two albums, ‘Beyoncé’ and ‘Four,’ Lorde on ‘Melodrama’ and ‘Solar Power,’ as well as downtown heroes Laurie Anderson and Meshell Ndegeocello. Drawing from their disparate influences, mmeadows sees two people connect in what Paste Magazine calls a sonically “singular” way.

Vocal-focused pop songwriting is the heartbeat of mmeadows, who liberally use found sounds and esoteric vintage instruments in their productions and performances. Their new single “You Should Know By Now” is out now.