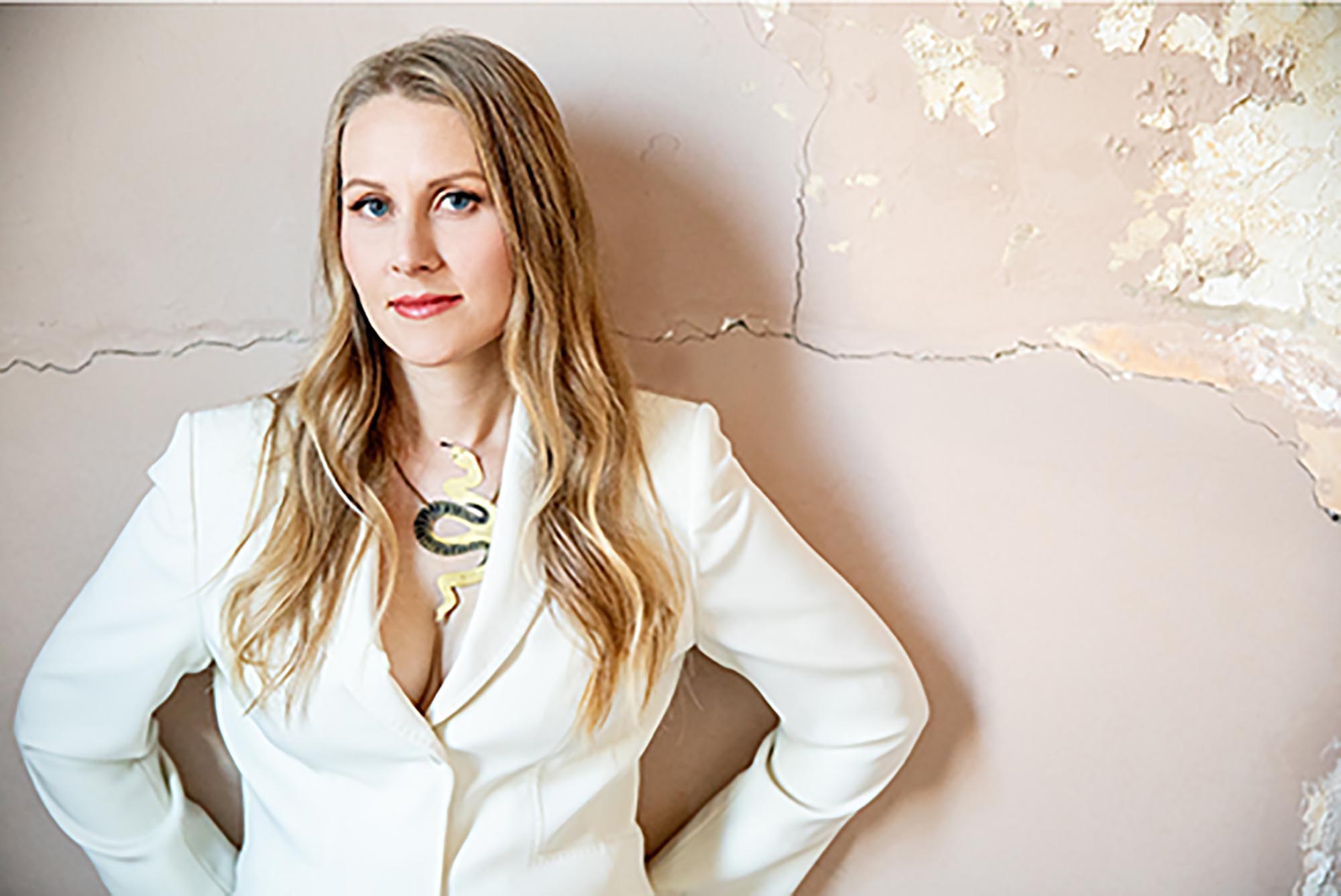 A feeling of optimism and warmth resonates through Nora Jane Struthers’ new album Bright Lights, Long Drives, First Words which finds the artist looking back on a year of big changes. Recorded when Struthers was eight months pregnant with her first child, she worried if she would have the lung capacity to sing this set of soulful ballads and upbeat anthems. (“I had a lot of other stuff going on in my body,” she laughs.) But with her band the Party Line behind her — and her husband, musician Joe Overton, singing backup — Struthers breezed through some of the most inspired and inspiring songs of her career.

Bright Lights, Long Drives, First Words finds the poetry in the everyday — and in life’s little miracles. In the song “Nice to Be Back Home,” Struthers describes the simple domestic pleasures of waking up in her own bed, looking out the window at her own grass and “eating breakfast with my own spoon.”

“I wrote the song about balancing life on the road and life at home but I think most people can relate,” Struthers says, “Even at the end of the most wonderful vacation, it’s nice to come back home. Hopefully the everyday is the actual dream.”

Longtime fans know the struggles Struthers and Overton have gone through, trying to have a child. Her 2017 album Champion confronted the subject head-on, describing how infertility helped strengthen the couple. And yet some of the most hopeful songs on the new LP were written before Struthers knew she’d be giving birth to a daughter, Annabell Jane Overton, at the end of 2018.

The gentle shuffle “I Want It All,” for example, was conceived before Annabell, at a time when Struthers and Overton were using a combination of alternative medicine and cutting-edge technology to get pregnant. The lyrics to the song give Bright Lights, Long Drives, First Words its title, and show the singer in a mood at once confident and forward-thinking  — not so anxious about whether she’d ever have a baby, but instead more worried about whether realizing her dream of being a mother would “supersede my dream to play music.”  It is a declaration of intent, from a new mom who plans to keep singing her songs and telling her stories.

Struthers’ music rarely avoids what she’s going through personally. The mood of the album is very open, reflecting how she was feeling after coming through some dark times. The year before she started writing the new album was one of her worst. In 2017 her infertility treatments “sunk me into a chemical dullness,” she says. And right before she was about to release Champion, “Some music business plans I had made totally crumbled.  It was just a hard year. Thank goodness I have my husband, Joe, who is unfailingly supportive.”

As soon as the calendar turned to 2018, Struthers saw the new year as a clean slate. “We Made It” and “I Feel Like My Old Self” are two songs written within days of each other at the start of the year; both set the tone for the LP. One’s a surging rocker and the other’s a moving anthem that describes the process of reengaging with the world, but they each relate with disarming candor how Struthers emerged from those tough times. “I don’t like to mince words,” she explains. “I embrace the poetic but I also like to be direct. It’s very much who am as a human.”

Only one song on Bright Lights, Long Drives, First Words isn’t about Struthers’ life. About five years ago, she wrote “Cold and Lonely Dark” as a gift for a fan, who told her his life story, which involved abandonment and addiction — and eventually redemption. Maybe it’s because she’s trying to do justice to someone else’s tale of woe, but “Cold and Lonely Dark” features the album’s most soulful vocal performance.

“A Good Thing” had been in Struthers’ set before she and the Party Line headed into the studio. She recalls, “This was the song that people would come up to me at the end of the show and say, ‘Where can I buy that?’ Just knowing it was resonating with people was one thing that made me want to make another version of it. Another thing was just that I just love singing with Joe.”

Struthers wrote “A Good Thing” just after she made it through her first trimester of pregnancy, but also right around the time she found out the band’s longtime guitarist Josh Vana was going to be leaving to focus more on his environmental activism. Right when she felt like she was living her dream of motherhood, she worried that her dream of making music with people she loves might slip away.

The group quickly recorded the new album before Vana moved on. “What makes the band so unique is the sum of all of our shared experiences,” Struthers insists. “I really wanted to capture that before Josh departed for the next chapter of his life.”

All of these songs on Bright Lights, Long Drives, First Words tell a larger story, about how our daily struggles make our successes all the more precious. Mostly, this is a record about overcoming sorrow and embracing life’s simple joys. Finding a way to piece the story together was more of a challenge.

“Choosing which song goes first can totally change the way the record feels,” Struthers says. Ultimately, the one she chose is simple, sweet, and it’s a statement of purpose. “‘Nice to Be Back Home’ is the feeling I want to be associated with,” she says. “When people come to my shows, I hope they leave with that feeling of being uplifted, connected, happy. And when they turn on my record, I want them to get that Nora Jane fix right away.”