Buy Tickets Online
'Til The Wheels Fall Off Tour 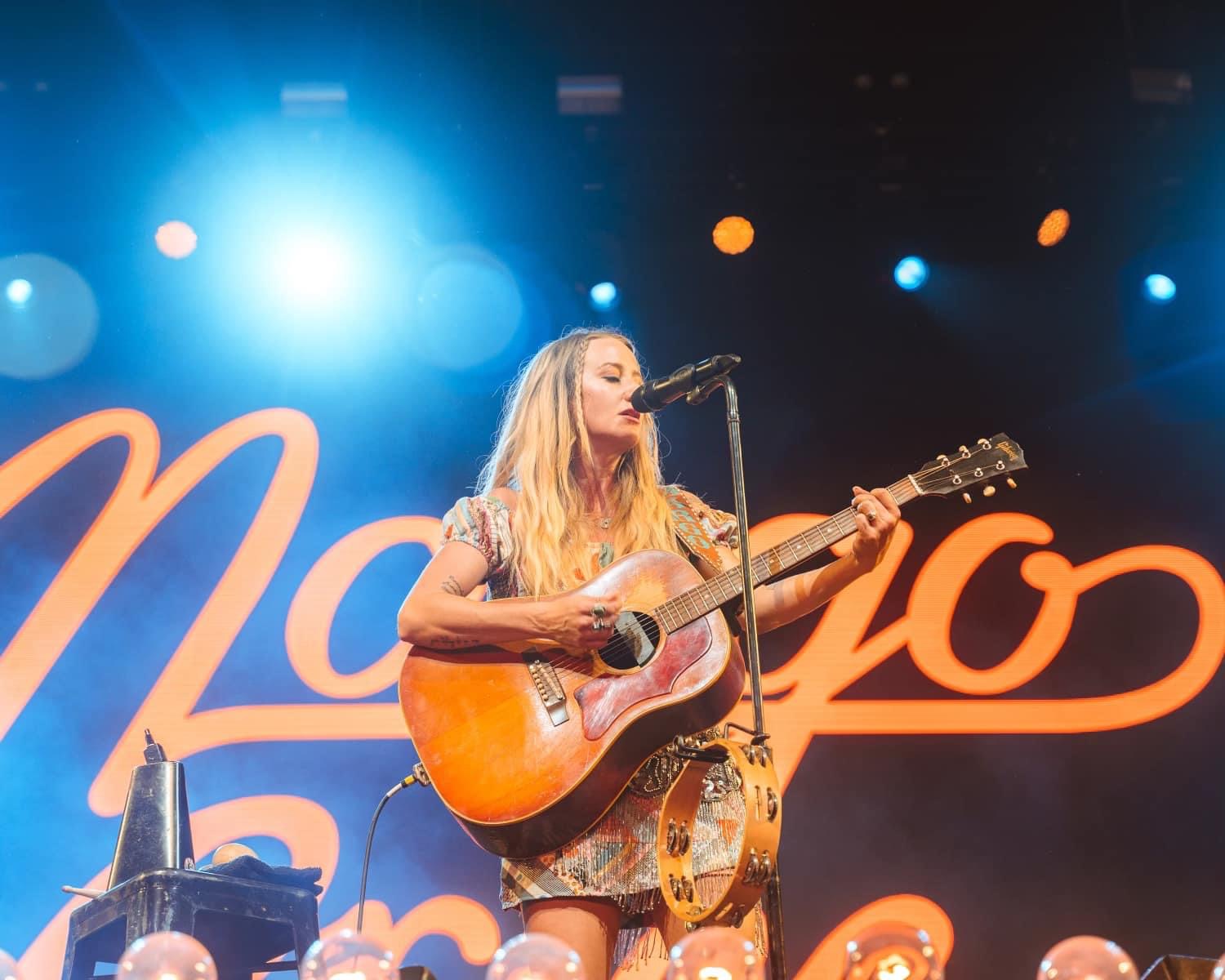 Margo Price has something to say but nothing to prove. In just three remarkable solo albums, the singer and songwriter has cemented herself as a force in American music and a generational talent. A deserving critical darling, she has never shied away from the sounds that move her, the pain that’s shaped her, or the topics that tick her off, like music industry double standards, the gender wage gap, or the plight of the American farmer. (In 2021, she even joined the board of Farm Aid.)

Now, on her fourth full-length Strays, a clear-eyed mission statement delivered in blistering rock and roll, she’s taking on substance abuse, self-image, abortion rights, and orgasms. Musically extravagant but lyrically laser focused, the 10-song record tears into a broken world desperate for remedy. And who better to tell it? Price has done plenty of her own rebuilding—or as she shout sings in explanation on “Been to the Mountain,” the set’s throat-ripping opener, “I have been to the mountain and back alright”—and finds herself, at long last, free. Feral. Stray.

So, while the last few years have seen remarkable moments of acclaim—a Best New Artist Grammy nomination, Americana Music Honors, a Saturday Night Live performance, and just about every outlet and critics’ year-end Best Of list—Price is still hungry. “I still have a lot of drive inside of me,” she says. “I have a chip on my shoulder. It feels like I still haven’t been able to fully realize all my dreams yet, and that eats me up.” Just wait.

When Tré Burt was signed to John Prine’s Oh Boy Records in 2019, he was one of only two artists -including label mate Kelsey Waldon, to join the label in the past 15 years. Caught It From The Rye, Tré Burt’s debut album was re-released on Oh Boy in Jan 2020. The album showcases Burt’s literary songwriting and lo-fi, rootsy aesthetic, which he honed busking on the streets of San Francisco and traveling the world in search of inspiration. Like labelmate and songwriting hero John Prine, Burt has a poet’s eye for detail, a surgeon’s sense of narrative precision and a folk singer’s natural knack for a timeless melody. Caught It From The Ryeis an urgent missive from an important new voice in songwriting.

For a songwriter who thoughtfully documents what he sees in the world, 2020, while challenging, was rich with inspiration. The year birthed the single, Under The Devil’s Knee, a song that continues the tradition of outspoken political folk songwritersof yore. It is an incredibly moving protest song tracing the lives of George Floyd, Eric Garner, and Breonna Taylor. Recorded remotely featuring Allison Russell, Sunny War and Leyla McCalla. “Humanity feels like it’s slipping away from us, as a country. Iwanted to reinstate the humanity of George Floyd, Breonna Taylor, Eric Garner and so many other brothers and sisters slain by police in the way I know how. I wanted to immortalize their dignity and make the work easy for future historians and remind the present that no matter what side of the aisle you’re on, this is about actual pain and real human suffering caused by a system of governance that is morally bankrupt. This, I felt was my duty as an American songwriter to do. Music is a powerful force, especially when you put it through a protest song. It makes the fight more tangible. Reframes perspective. None of which entered my mind when writing this, at all. That was out of anger. I wrote this song out of anger. They should all be alive.” -Tré Burt