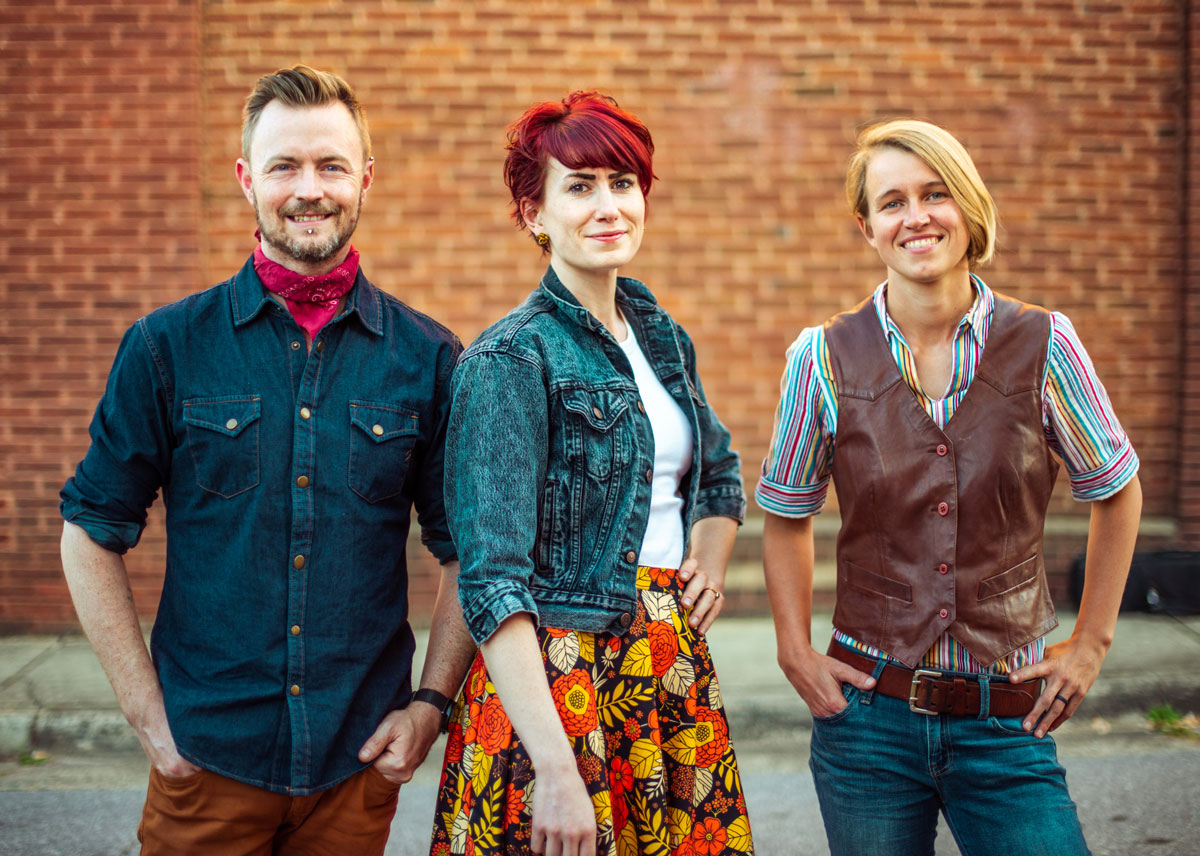 Rose Baldino and Brian Buchanan met ten years ago, late one night backstage at a theater in rural Pennsylvania. Brian’s band Enter The Haggis and Rose’s group Burning Bridget Cleary were sharing a stage that evening, and the two bonded over a love of Irish fiddle tunes, Radiohead, and 4 a.m. whiskey. Their paths crossed a dozen times over the next decade on the road, but it wasn’t until a 2014 conference that they finally became musical collaborators. Burning Bridget Cleary’s guitarist and drummer had their flights canceled at the last minute, and Rose (in desperation) asked Brian to grab a guitar and join her onstage. The two performed with virtually no rehearsal for over an hour, and their connection was powerful and immediate. A few months later Brian moved from Canada to Philadelphia, and as a tribute to the first tune Rose ever taught Brian, House of Hamill was born. Brian and Rose are both accomplished traditional fiddle players and classical violinists, and despite being young, have over 25 years of writing and performance experience between them. Together, they write unusual new fiddle tunes and exciting, unpredictable original songs while also breathing new life into traditional and contemporary material. You’ve got to hear their viral all-violin version of “Sweet Child o’ Mine”! They’re joined by bassist Caroline Browning.