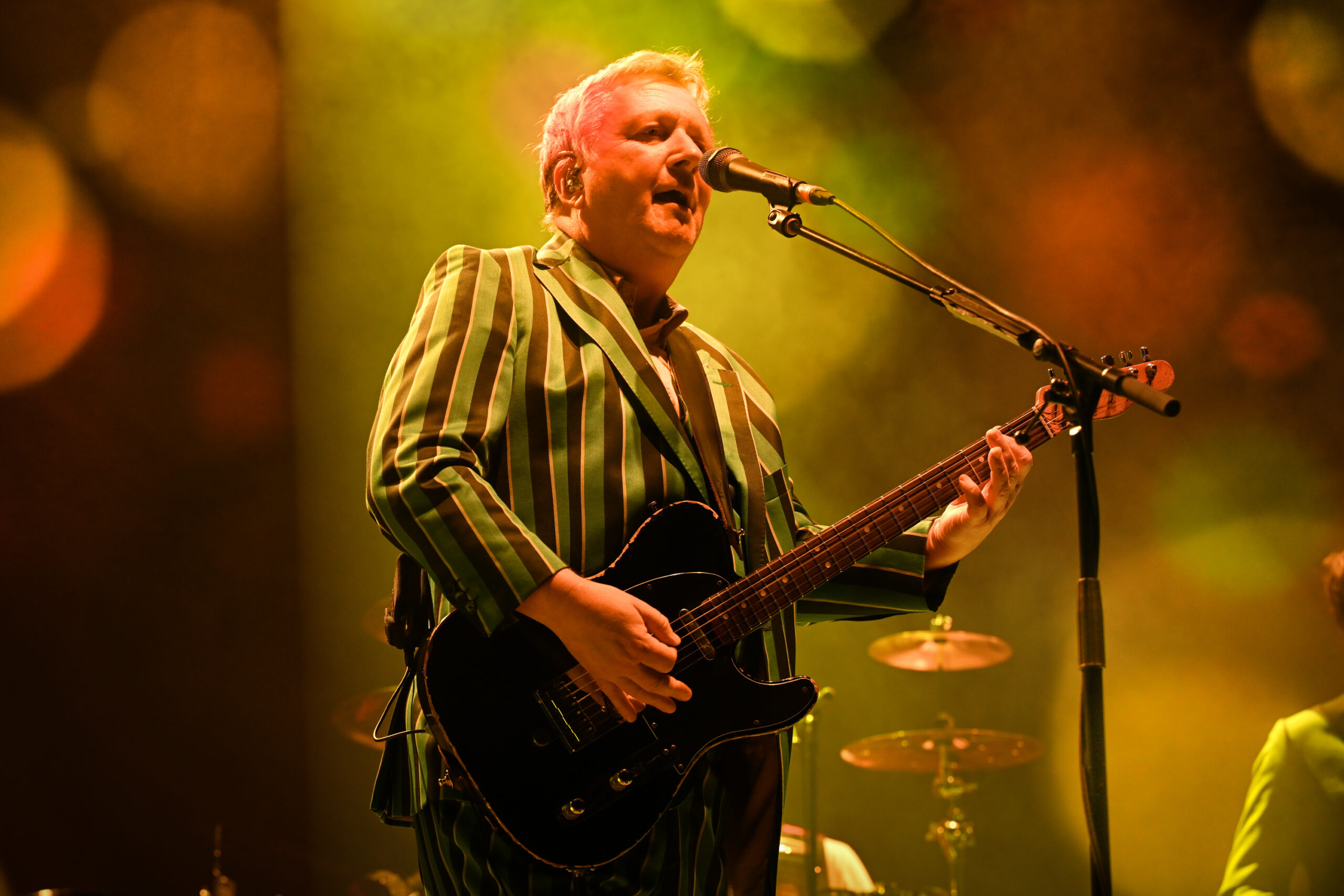 Glenn Tilbrook has earned his place at pop’s top table as one of our most cherished singers, guitarists, and songwriters, not to mention an in-demand and endlessly endearing live performer. But more than 40 years after he first answered an ad placed by Chris Difford looking for like-minded sorts to form the band that became the much-loved evergreen Squeeze, an ending is nowhere in sight.

Such is the continuing work ethic of a fellow who’s never been far from the action since Squeeze made their recording bow with the Packet Of Three EP in 1977. Those three tracks led to such pop classics as “Take Me I’m Yours,” “Cool For Cats,” “Up The Junction,” “Tempted,” and “Black Coffee In Bed,” not to mention landmark albums like Argybargy, East Side Story and Some Fantastic Place.

Squeeze’s demise in 1998 (though not permanent) saw Glenn embark on a solo career that spawned the albums The Incomplete Glenn Tilbrook (2001) and Transatlantic Ping-Pong (2004), showcasing an ever-maturing songwriting talent. Then, in 2009 came the tremendous energy of Pandemonium Ensues, an album made with his solo touring band, The Fluffers. Happy Ending is Glenn’s most personal work to date, a series of evocative portraits of the time, people, and places. This work included writing and vocal contributions by his children Leon and Wesley, in addition to old friends Simon Hanson (Fluffers/reunited Squeeze drummer) and Dennis Greaves (Nine Below Zero, also Glenn’s compatriot in the side project band The Co-operative).

Anyone who has witnessed Glenn on the live stage can attest to the properness of his doings/ Armed with ready wit, raucous vibes, and a shed load of grin-inducing great songs, there are few musicians able to connect with their audience on such an immediate and warm level. As a result, the ever burgeoning festival circuit is frequently enriched by Tilbrook the troubadour, whether leafing through the extensive back catalog of Squeeze or dashing off impromptu audience requests ranging from Jimi Hendrix to The Carpenters and all points in-between.

Tonight’s special guest is Lisa Bouchelle who has sung backup for Bruce Springsteen, dueted in concert with Jon Bon Jovi, and done numerous national tours. The first single from her latest album, now out through Sony’s The Orchard, “Jump In!,” reached #21 on the Billboard A/C chart, and videos utilizing music from the album have over 4.6 million views on TikTok. The video was added to MTVu for streaming on college campuses across the U.S., and the album made several “Top Ten” lists. Her sound has been compared to artists such as Sheryl Crow and Jason Mraz, with an edge reminiscent of classic artists such as Neil Young and Tom Petty. Called an “Artist On The Rise” by Relix Magazine, and “Upbeat, Empowering, Dynamic, and Distinctive” by Goldmine Magazine, Lisa Bouchelle is an artist not to be missed!