$20
The original Ayatollahs of Crabgrass 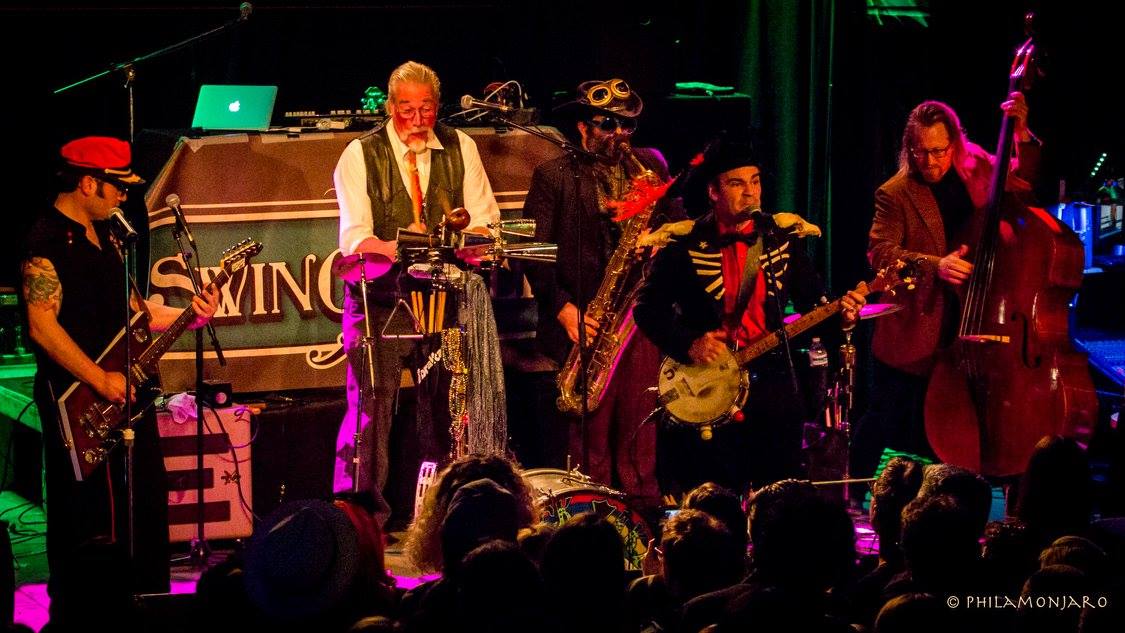 Think of a carnival, or indeed a carny, and it’s very likely that images of bearded ladies, mustachioed strongmen, trapeze artists, wolf boys, monkey mermaids and the like will come flooding into your mind. Add a healthy dash of punk rock and oldie timey music, and you have Black Jake & the Carnies.

These men create sounds that make Tod Browning’s Freaks look positively conventional. The glorious dichotomy is that the tunes are catchy enough to be disconcertingly accessible. You are, indeed, one of us.

“The idea for Black Jake and the Carnies came to Jake in 1999, when he had an ecstatic vision of a band playing fast-paced music on traditional instruments, full of entertaining gimmicks, props, and crowd interaction,” says the band. “The original incarnation of the band started in 2002, and played one disastrous Halloween Show at Trinity House Theater before breaking up.  Jake kept the vision alive and kept writing songs over the next four years until one day in 2006 he decided to get a band back together.  A few guys who knew some guys down the street eventually turned into a new Black Jake & the Carnies overnight.”

The band, comprised of Black Jake (banjo, vocals, kick drum, tambourine, songwriting), Kyle Kipp (guitar, backing vocals), Wally Jarvis (hand percussion, accordion, harmonica, backing vocals), Ozzie Andrews (bass), and Gary Ritter (Fiddle, Mandolin, backing vocals), are five hard-working men from Southeast Michigan who wallow in the imagery of sideshows and carnivals. “When you grow up in a small town, you have hair down your back and everyone’s a redneck, you get called a freak a lot,” Jake told Detroit’s Metro Times in 2011. “So I get attracted to the outcasts, the freaks, being somebody who’s on display.”

He’s not wrong. When Black Jake & the Carnies played a prison show in Belgium as part of the Belgium/Netherlands/Germany tour in 2011, the touring company said that they were the only band they’d ever seen who got the prisoners to jump up out of their seats and dance. And everybody knows how hard convicts are to please.