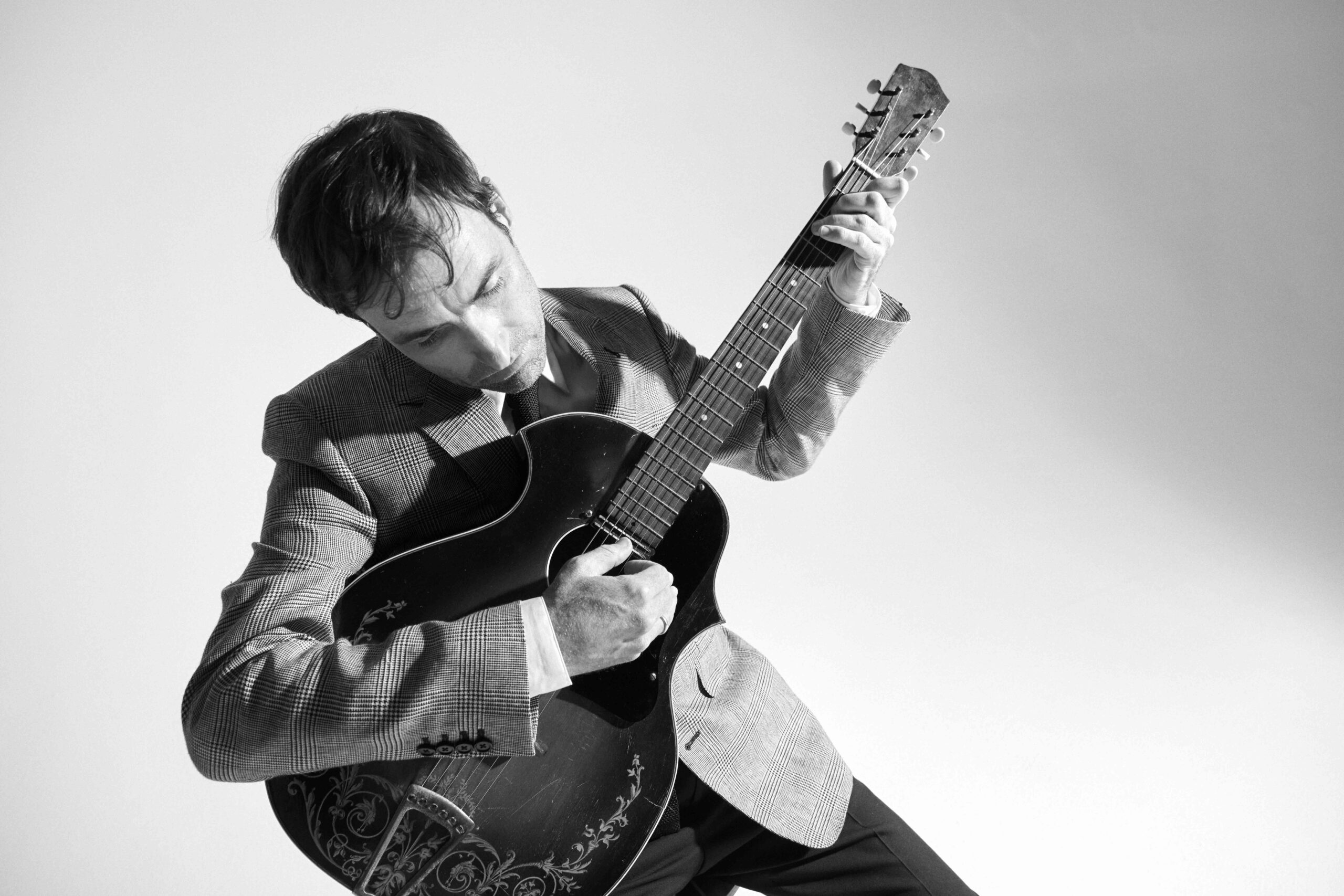 Andrew Bird is an internationally acclaimed, Grammy-nominated multi-instrumentalist, vocalist, whistler, and songwriter who picked up his first violin at the age of four and spent his formative years soaking up classical repertoire completely by ear. Since beginning his recording career in 1997, Bird has released 17 albums and performed extensively across the globe. He has recorded with the Preservation Hall Jazz Band, appeared as “Dr. Stringz” on Jack’s Big Music Show, and headlined concerts at Carnegie Hall, Sydney Opera House, Walt Disney Concert Hall, and festivals worldwide.

Bird performed as the Whistling Caruso in Disney’s The Muppets movie, scored the FX series Baskets, and collaborated with inventor Ian Schneller on Sonic Arboretum, an installation that exhibited at New York’s Guggenheim Museum, Boston’s ICA, and the MCA Chicago. Bird has been a featured TED Talks presenter, a New Yorker Festival guest, and an op-ed contributor for the New York Times.

More recently, Bird released a series of site-specific improvisational short films and recordings called Echolocations, recorded in remote and acoustically interesting spaces: a Utah canyon, an abandoned seaside bunker, the middle of the Los Angeles River, and a reverberant stone-covered aqueduct in Lisbon. Additionally, Bird hosts an ongoing series of live-streamed performances called Live from the Great Room, putting the creative process on display for fans as he collaborates and converses with friends in a candid, intimate setting.

Shortly after receiving his 2020 Grammy nomination for Best Folk Album, with My Finest Work Yet, Andrew Bird made his professional acting debut in the cast of Fargo’s fourth installment, which concluded on FX in November 2020 and is currently streaming via Hulu. In March 2021, Bird released his latest project, These 13, an album entirely co-written and recorded with his longtime friend and former Squirrel Nut Zippers collaborator, Jimbo Mathus. Captured live to tape, just the two of them playing and singing from opposite sides of a microphone, These 13 marked the first set of new music that Bird and Mathus created together in more than 20 years.

$1 of every ticket sold is being donated to Hope The Helps Fund by the artist. The mission of the Hope This Helps fund is simple…To identify areas of need and provide financial support to deserving organizations doing the good work. Established in 2022, areas of current interest include gun violence prevention, environmental justice and the preservation of wild spaces and parklands.