A Michigan Tribute to Nanci Griffith 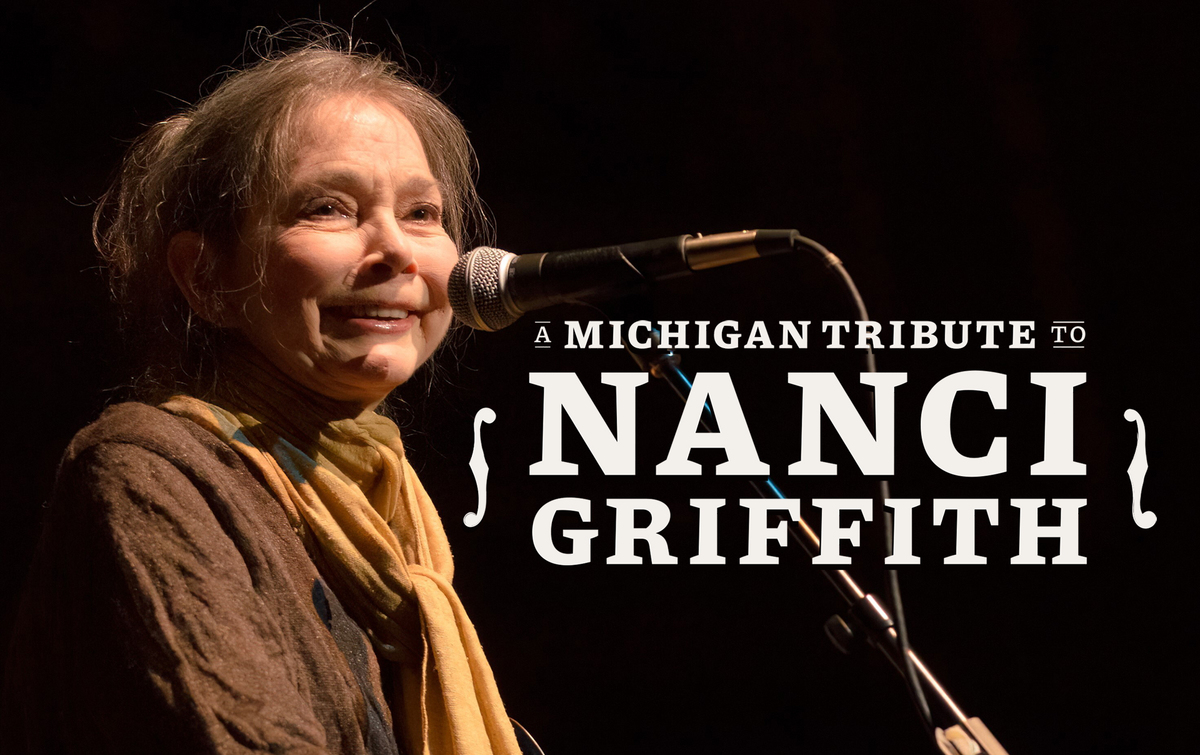 Musicians with Michigan roots will pay tribute to Nanci Griffith by offering covers of her classic songs. Tickets to this streamed performance go on sale Monday, January 24 at noon. The event will be available for rebroadcast through February 6.

Nanci Griffith was no stranger to The Ark’s stage, gracing the club with several memorable performances from 1985 to 2013, including an intimate benefit concert with Billy Joe Shaver and the Cash Brothers in 2003 and an unforgettable evening with Maura O’Connell, John Gorka and the Chenille Sisters at The Ark’s 40-Year Fling in 2005.  More than quantity, though, we celebrate the quality of her music with this tribute show. Her songs are mostly portraits, and each one is fully filled out with details that fit, and that reveal the deep resonances of human lives. She brought a poetry to small-town Texas life that shone with beauty and celebrated human resilience.

Nanci’s Other Voices, Other Rooms album of 1993 took the Grammy award for Best Contemporary Folk Album; it was a tribute to the songwriters who inspired her, from Kate Wolf to Pat Metheny. She in turn has inspired many of the songwriters who take to The Ark’s stage today, including the Michigan artists who are lending their voices to this virtual event. She was a cheerleader and ambassador for her fellow artists, whether emerging or established. At every Ann Arbor Folk Fest she played you could find her stationed backstage, watching and listening to every set throughout the evening.  Once she drove from Nashville to The Ark to attend a performance of her friend and mentor, Odetta.  No one who was there will forget the incredible moment when Odetta called her onstage to join the encore.

Each of Nanci’s appearances in Ann Arbor brought new music, and often we felt like we had front row seats at her creative process. The message she left when she signed the wall backstage at The Ark: “Sing out, sing loud, for Pete’s sake.”  We miss her terribly and are deeply thankful for her music.